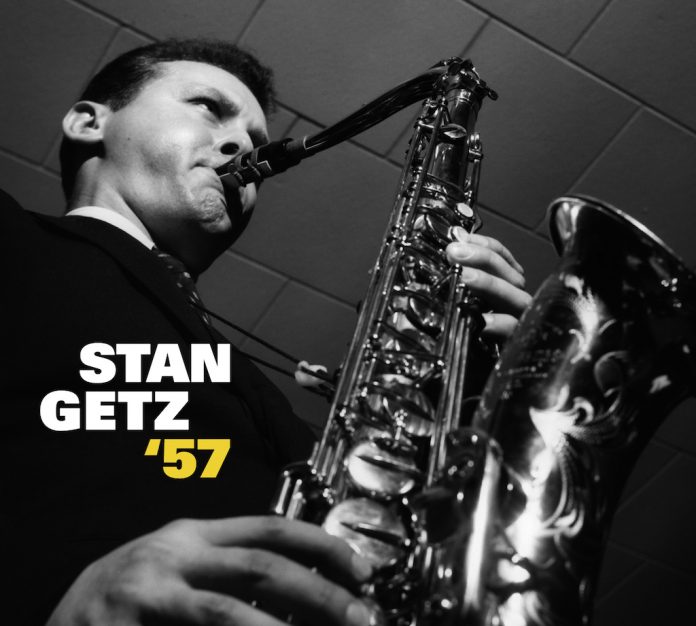 Receiving this CD for review was like greeting an old friend because I have had this material in my collection for years. It was recorded when the Stan Getz quintet was enjoying an uninterrupted seven-week engagement playing six nights a week at Zardi’s nightclub at 6315, Hollywood Boulevard.

Prior to the Zardi’s booking they also played at the Tiffany Lounge which allowed Stan and Bob Brookmeyer to make frequent visits to the Haig where Gerry Mulligan’s quartet was in residence. Bill Crow, who often worked with Getz and Mulligan, told me that the tenor man was particularly keen on the quartet’s unique sound, and what is particularly notable here is that the ensemble playing often reflects the free-wheeling contrapuntal interplay of the Mulligan quartet. Counterpoint was a device almost ignored by the boppers of the time, who generally preferred their performances to be book-ended by unison theme statements. Both horns also play backgrounds behind solos much like the Mulligan men did.

Getz was a Downbeat and Metronome winner and already a star soloist but Brookmeyer was only just emerging as a trombonist of stature. In the early 50s he had worked as a pianist with Tex Beneke and very briefly in Woody Herman and Claude Thornhill’s trombone sections.

Stan’s long flowing lines on Love And The Weather, Fascinatin’ Rhythm and The Varsity Drag contrast effectively with Bob’s warm, broad-brush approach, which often finds him in the lower register. John Williams, with his highly rhythmic style and pronounced left-hand accents was one of the finest pianists of his generation. As always he adds considerably to the success of the date, as does Frank Isola with his understated subtlety.

Incidentally the sleeve-note writer confuses John Williams with the famous movie composer John Towner Williams and bearing in mind the recording date, the CD title here does not make a lot of sense.