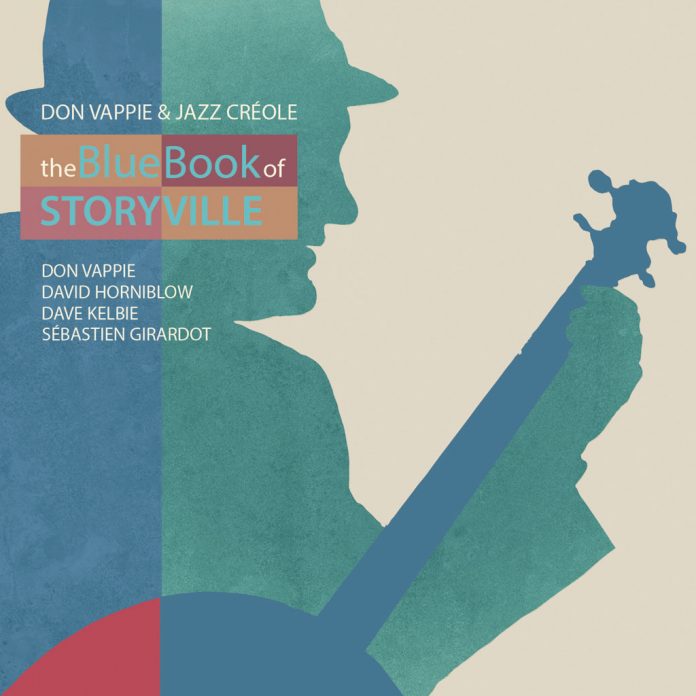 Raised in uptown New Orleans, in a musical family of creole origins, Vappie initially played bass and guitar in modern jazz groups, and in hotel big bands performing popular music of the day. Subsequently, he took up the banjo, working on the riverboat Natchez. He developed a keen interest in the historic contributions of the banjo, and of native creole songs, to the early development of New Orleans jazz.

A major aim of his is to extend the banjo’s customary back-line supportive role in traditional jazz into more melodically prominent activity. Vappie was particularly influenced by the 1946/7 recordings of famed creole banjoist, vocalist and raconteur Danny Baker, with clarinettist Albert Nicholas.

Vappie is technically adept and assured in various rhythmic styles, and his plangent and percussive single-string picking and neat chord fills establish a clear-cut melodic line. This is reinforced enjoyably, alongside free ensemble soloing, by well-executed harmonised or unison rapport, phrasing with Horniblow’s responsive and expressive clarinet.

Becoming something of a champion for creole culture in general, Vappie has selected here examples of Caribbean, cajun, French and Spanish traditional songs which were early basic ingredients in the great musical melting pot of cosmopolitan New Orleans music. Jazz standards associated with Kid Ory, (who started on banjo), Morton, Armstrong, Bechet and Nicholas rub shoulders with Vappie’s own interesting and creole-themed originals plus some old folk songs. His stylised spirited vocals, in English and creole French, dominate most tracks, and add enjoyable colour and interest. Buddy Bolden’s Blues is particularly well done.

In support, Vappie could not have bettered his three sidesmen. Kelbie (the record’s producer) and Giradot had previously impressed me with their fine playing in recordings by the Django A La Créole group, and David Horniblow’s vibrant and creative clarinet artistry impresses here, as in the Dime Notes album. Vappie, certainly a doyen in his specialist field, deserves much credit for his reaffirmation of the important part the banjo can still play in jazz ensemble, and of its distinguished past stretching  back to Johnny St Cyr and long before.

John Adcock - 08 September 2019
The Rodgers and Hammerstein show tune My Favorite Things was, from the outset, a perfect vehicle for jazz musicians to explore. Within four days of the show it comes...