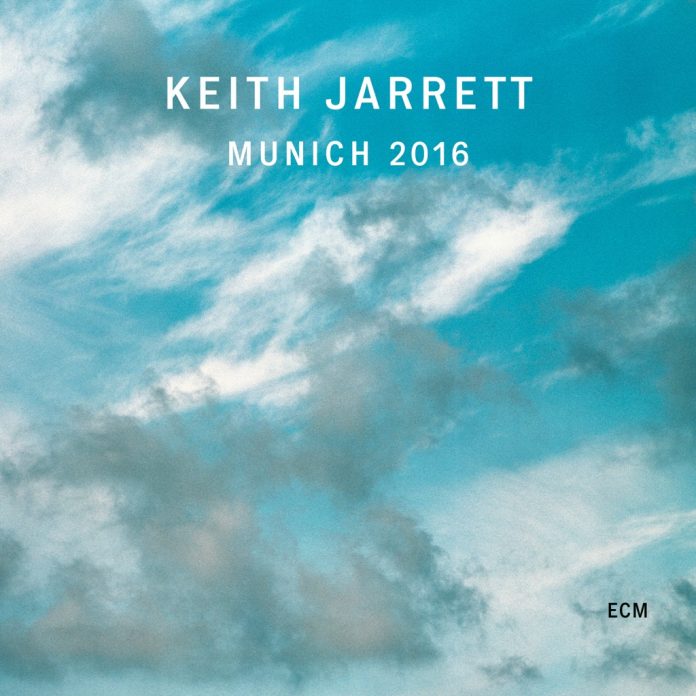 It’s difficult to decide whether this solo marathon in Munich three years ago was primarily a serious attempt to repeat its Cologne predecessor of 1975 or – on its release in 2019 – part of the celebrations of ECM’s 50th birthday in the city. In venturing to compare 2016 with 1975 one might be steered by listening to Jarrett in trio in 1968 with Charlie Haden and Paul Motian on the Vortex album Life Between The Exit Signs and Jarrett solo in his own studio on ECM’s The Melody At Night, With You in 1999. For more than one reason, he had become a different person and a different musician.

These differences help distinguish Cologne from Munich. The recording conditions at Munich’s Philharmonic Hall sound perfect. There’s not much vocal self-encouragement and, according to one of the insert photos, some over-excitement off the piano stool. The 12 improvisations in Munich embody the duality of mood of 1968, in which the febrile sat beside the romantic. By 1999, via the Standards trio and adventures in classical music, the romantic had become close, homely and candle-lit.

Most of the two discs are taken up with the improvs, numbered in parts, with three standards in Jarrett’s later sentimental mood to end. A few of the improvs, Part III and Part VI for examples, the first infused with bluesy nostalgia and the second’s melody stepping chordally, sound like meditations on familiar changes; it’s not the least of their attractions. He opens with the longest improv at almost 14 minutes, an atonal/impressionistic frenzy, which drops half way into a rocking bass rhythm and a more familiar division of labour between left and right hands. There are other echoes here, including J.S. Bach, and the prepared pianos of John Cage without the nut-and-bolt inserts.

The slower Part II is a reminder that romantic can subsume melancholic in its awkward rhythmic progress and of the suggestion that there’s a brooding tune trying to get out. Counterpoint is everywhere: it ends Part X to balance the rolling arpeggio figures of the start; its roots are in the fugitive bagatelle that’s Part VII; and it is to the fore in the astonishing furioso of Part XII. Just for changes, Part IX is a 12-bar blues with a blistering onrush of figurations in the right hand.

If Munich didn’t echo Cologne so much and if more extemporisation could have replaced the three trademark interpretations that close the gig, this album might have had a similar impact. Cologne was eventually notated but it would always have been about what happened on the night. The sound of surprise, no less.

Peter Gamble - 05 May 2020
Walker has his place in the history books as one of the forefathers of jump blues and electric R&B – a long way away from his days as a...