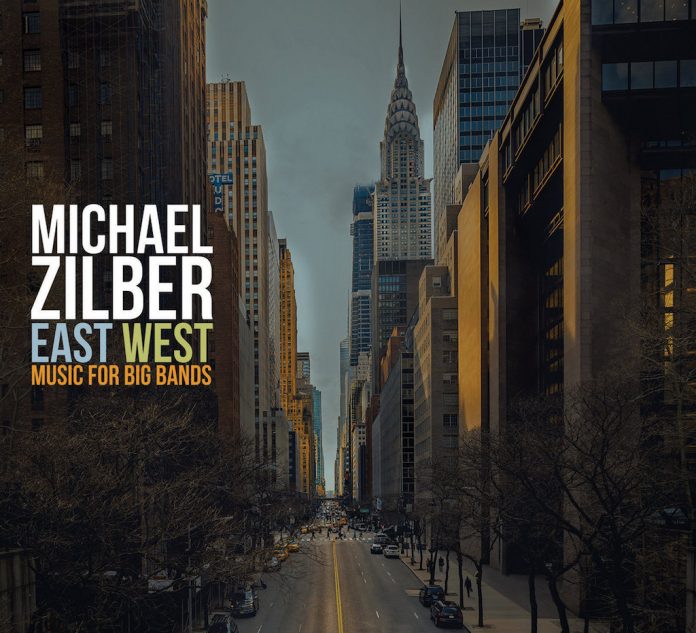 Contemporary big band music is in short supply nowadays, and so for that matter are big bands. Canadian-born Michael Zilber ably compensates for the first of these deficiencies with his composing and arranging.

His compositions, of which there are eight here, are strikingly original, while his arrangements are very much of today yet remain accessible to listeners. When arranging the compositions of others, he seeks and finds stylistic originality. Indeed, off hand it is hard to recall other big bands presenting Tormé and Wells’s The Christmas Song, Arlen and Harburg’s Somewhere Over The Rainbow, Mercer and Carmichael’s Skylark or Lennon and McCartney’s Sergeant Pepper’s Lonely Hearts Club Band. Two works have direct jazz origins, Wayne Shorter’s Fall and Miles Davis and Victor Feldman’s Joshua, while the jazz genealogy of Zilber’s compositions is evident from the titles of Fantasia On Trane Changes, Weather Wayne, The Breckerfast Club and St. Paul (Desmond).

The ensemble playing is tight and punchy and there is ample space for solos from trumpet, trombone and piano and several from one or another of the tenor saxophonists on hand. Individual soloists are not identified, but all are very good indeed. There are differences between the two groups: the East Coast band is more urgent while the West Coast band sounds a little more reflective. A first thought, that this might well result from the material, is contradicted by Zilber’s comment in an interview with Andrew Gilbert: “I picked the tunes for each band that lent themselves to the East Coast and West Coast approaches”.

Now resident in the East Bay area of California, Zilber is especially active in jazz education. It is good to know that there are safe hands at that particular wheel.

Brian Payne - 13 October 2019
Surprisingly, this is only the second album that Quentin Collins has recorded under his own name since his debut CD 12 years ago. In the meantime he’s recorded a...