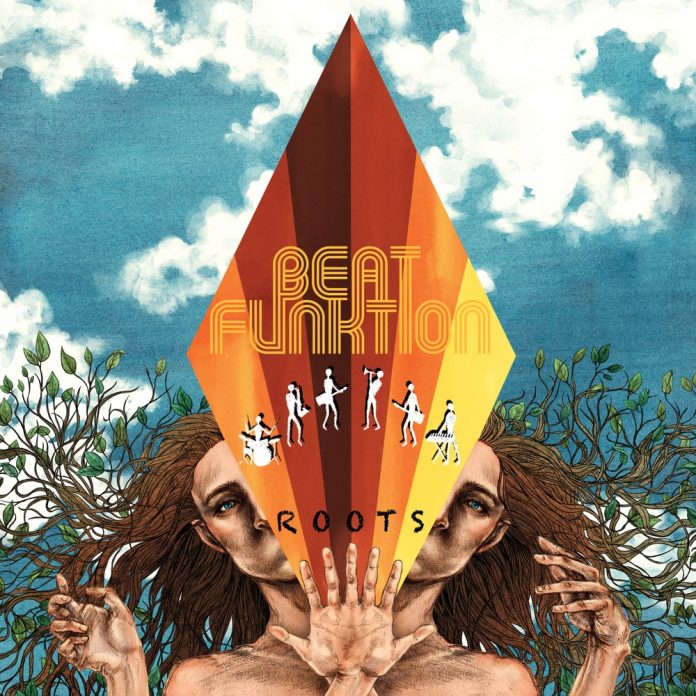 Beat Funktion are a Swedish jazz-funk six-piece, who, in 2014, reached No. 1 on the American and Canadian jazz charts. Here they release their seventh album, Roots.

There is a strong 70s funk influence, notably on the fifth track In The Headlights, and the sixth, Hacienda, made up of a two-chord groove with guitarist Johan Öijen delivering clean, Santana-esque lines. Nonetheless, space-age electronica seeps in with reverberating synths, particularly on the title track. The horn section, made up of Karl Olandersson on trumpet and Olle Thunström on tenor sax, often lead melodically, occasionally taking solos, as does keyboardist Daniel Lantz.

The third track, Lord Summerisle, appears to be named after Christopher Lee’s famously strange character in The Wicker Man, although the relevance of the 1973 folk-horror classic is hard to find amongst the smooth jazz.

Overall, the album contains some excellent funk and smooth jazz, definitely suited to dancing to, and with a great standard of musicianship.