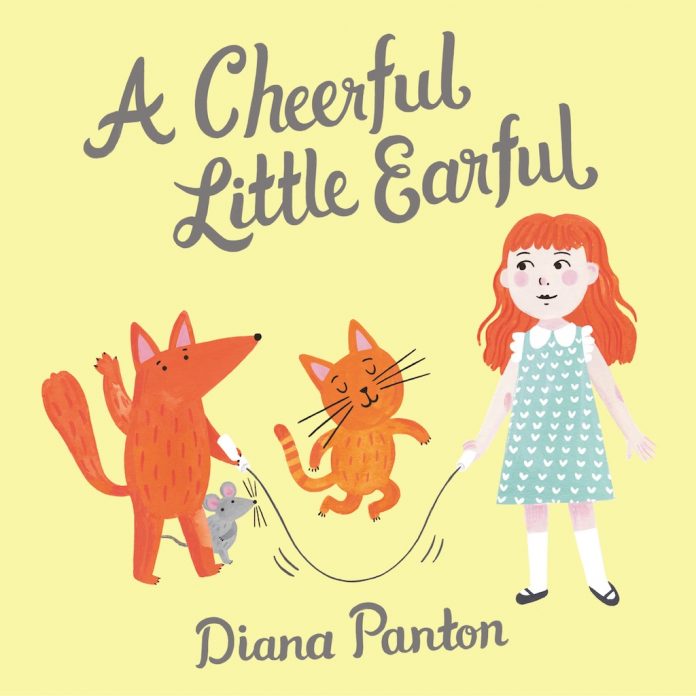 The first of these albums is aimed primarily at children, as was the singer’s earlier I Believe In Little Things, which won a Juno Award for 2017’s Children’s Album of the Year. This should not deter any grown-ups from taking notice, bearing in mind that Diana Panton’s RED won 2015’s Juno for Vocal Jazz Album of the Year.

Not surprisingly, given the concept of A Cheerful Little Earful, the songs are familiar and the treatment light-hearted, but the singer and her collaborators never disrespect the composers or patronise their target audience. Performing with care and skill, they deliver the material in an unaffected manner that is immediately accessible, yet it can also be enjoyed by an adult audience. Indeed, it is a pleasure to hear this music presented with such direct simplicity, which thus reveals the underlying strength of these songs.

For the second album Panton has selected material from the Great American Songbook as well as some near-neighbours. Among the composers are Alan Jay Lerner and Frederick Lowe (The Heather On The Hill), Richard Rodgers and Lorenz Hart (Manhattan), Al Dubin and Harry Warren (September In The Rain), Henry Nemo (Tis Autumn), and there is also Freddie Hubbard and Abbey Lincoln’s Up Jumped Spring. Clearly, these are also familiar songs but while some might be described as being light at heart, there is a much wider emotional range.

To all of her material, Panton brings admirable sincerity and she sings with a soft and gentle vocal sound, excellent diction (here and there, singing in French) and a light sense of swing. She clearly loves the music she performs and is well served in all that she does by Don Thompson and Reg Schwager, both of whom support the singer admirably. They also have solo space, particularly on the second album, whereon both Guido Basso and Phil Dwyer are also featured, the latter notably on Tis Autumn, which is a lovely duet for voice and saxophone.

If pressed to select only one of these, the obvious choice for most would be the second album although with the approach of the annual festivities the first album might make a nice gift for any retro-minded junior members of the family.

Discography
A Cheerful Little Earful
Happy Talk; It’s A Most Unusual Day; “A” You’re Adorable; Red Red Robin; I Don’t Want To Live On The Moon; Cheerful Little Earful; If You Feel Like Singing, Sing; Music And Me; Look To The Rainbow; All In The Golden Afternoon; Experiment; Aren’t You Glad You’re You; Sing A Rainbow; Hush-A-Bye Island (53.47)
Panton (v); Don Thompson (p, b, vib); Reg Schwager (g). Toronto, 2019.
dianapanton.com

Jeremy Isaac - 04 April 2022
Recorded at Soup Studio in East London’s Poplar in December 2020, Scribbling comprises 11 original compositions using guitars and pedalboard hardware, and is the result of five years of...