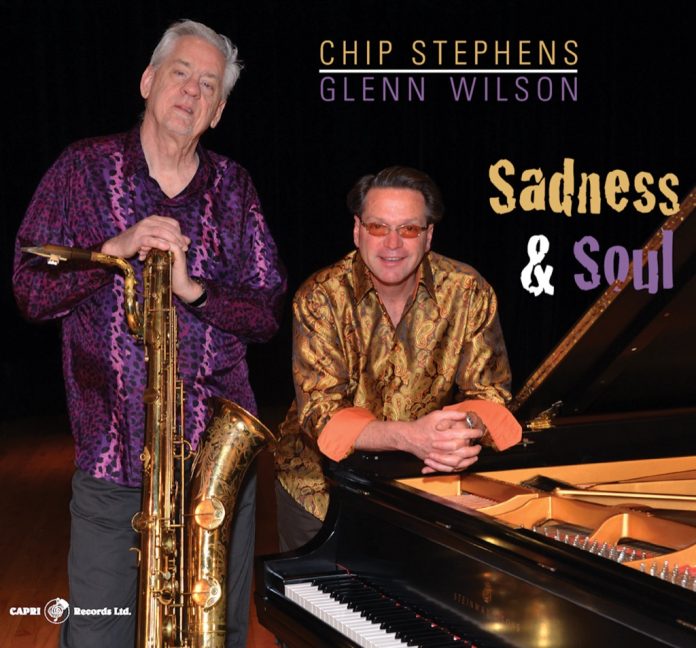 Here’s something outside of the ever more pervasive norm. Stephens and Wilson are both musicians who can achieve effects without ever having to strive for them, and as a duo they’re finely attuned. That is to say not to the point where they feel the need to beat the listener about the ears with abundant technique and only vague ideas of what to do with it, but to the point where each hears the other with a view to creating musical pictures that keep the ears pricked and the attention held.

While Giant Steps might not be prime material for such treatment, familiarity is no bar to what the duo does with it, which is turn it into something almost reflective through the simple expedient of taking the customary tempo down a notch, and both musicians get to wax eloquently in the space of three minutes and 16 seconds, which in itself provides an object lesson in getting to the point.

My Romance is given an elegant airing, with the duo shadowing each other in a manner so deft that they don’t get in each other’s way, yet incisive enough to remind us of how rare the art of giving new life to the old is these days, at least on record. Stephens is passingly Tristano-esque, albeit with a sensibility less likely to lay back against the beat, while Wilson’s contribution is that of a man simultaneously aware of putting a personal stamp on proceedings and the needs of the song.

’Round Midnight hardly lacks recorded airing. The duo are clearly not unaware of this as they take it at a slower than usual tempo and thus extract further gold from the all too familiar, and in a manner that says more about their cumulative musical experience than it does about any overbearing desire to impress the easily impressed. Whether the craft inherent in such an approach is born only of age isn’t a matter for a mere review.

Brian Payne - 24 November 2020
Benn Clatworthy, born in Hastings and raised in London, has lived much of his life in the United States. In his early 20s he was playing tenor sax in...