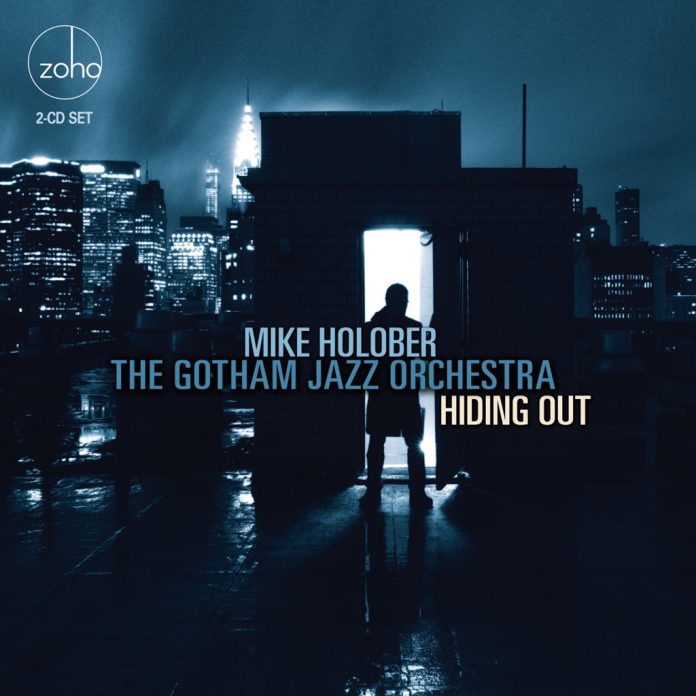 Jazz’s association with the outdoors seems as unlikely as a backpacker’s desire to map his way to a subterranean city club. Musician and educator Mike Holober is attracted to both destinations and proves as much in the resurrection of his Gotham Jazz Orchestra after a 10-year gap, in which he’s further enhanced his skills as arranger and composer with the music’s heavy artillery. This has included the HR Big Band in Frankfurt and its WDR counterpart in Cologne. His guest partnerships have been with such as Lonnie Smith, John Scofield and Randy Brecker. For six years from 2007 he was artistic director of the Westchester Jazz Orchestra in New York.

Holober’s work has been likened to that of Duke Ellington and Gil Evans, a comparison that probably irks him. The regular personnel of his 17-piece Gotham orchestra is not replete with well-known names (Scott Wendholt, Pete McGuinness, Charles Pillow), at least not by the standards of fame spread across the Atlantic; and the newcomers for the latest album (including Ben Kono, Adam Kolker, and Rogerio Boccato) are likely to be new to listeners over here as well. It’s probably our loss and an indication of how busily self-sufficient New York jazzers are. Holober has been mentioned in the same breath as Maria Schneider, so that’s a lead into the album.

Holober ‘s two “symphonic” compositions here – Flow and the titular Hiding Out – offer him subject matter on which to lavish a similar Schneiderian palette; namely, the American outdoors of Wyoming and New Hampshire. The main works are book-ended by two stand-alone Latino pieces, the opening Jumble and two versions of Jobim’s Caminhos Cruzados, the latter a feature for the lyrical trumpet of Marvin Stamm. Despite his immersion in the natural world – Holober’s a serious environmentalist – the music’s sentiments reflect a dual love of rural and urban.

Flow depicts a journey down the Hudson towards Harlem, but Holober unleashes no river juggernaut. He describes, with discrete parts of the orchestra and unhurriedly the natural world upriver from Manhattan. Only Appalachian breadth is the cue for unleashing his battalions. An interlude, with multi-woodwinder Kono on penny-whistle, segues into the final Harlem movement. Billy Drewes’s alto sax, Wendholt’s trumpet and Holober’s piano lead the way home.

In the five-movement Hiding Out, the destination is Mid-West. It holds a mirror to as much of the picturesque as Holober’s gift for reflection, vivid account and contrast of timbre will allow. He is again well served by soloists (among them guitarist Steve Cardenas, Jon Gordon on alto sax and Kolker on tenor) whose en passant virtuosity celebrates objectively rather than draws attention to itself. If there’s a comparison with Ellington and Evans, it’s Holober’s facility in identifying and drawing out the potential of his forces.

Michael Tucker - 21 April 2020
Born in 1987 in Frei, western Norway, Fiske is a fine bass player, round-toned and rhythmically lithe, the melodic thrust of his musicality soaked in the shape-shifting poetics of...