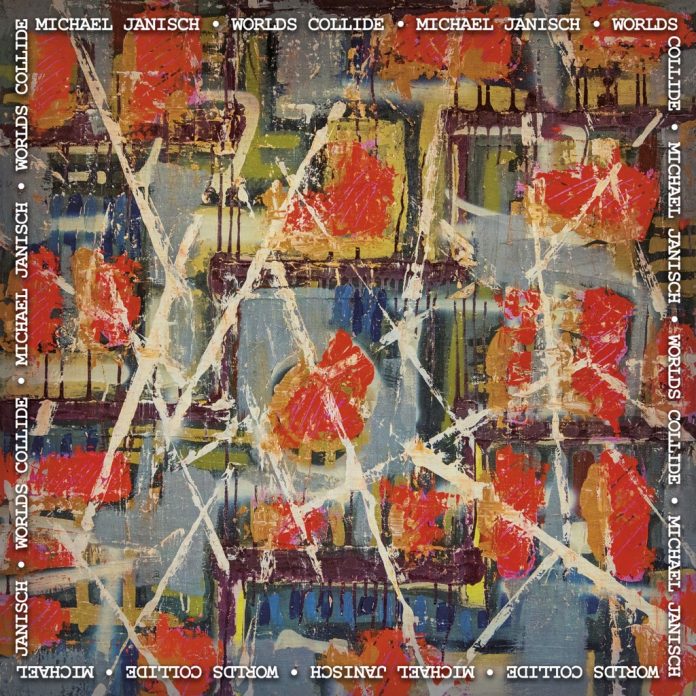 Bassist Michael Janisch’s latest album is another of his trans-Atlantic ventures reflecting the work of American and British musicians and all within the vector of London cosmopolitanism through which, as a US ex-pat musician, he now gleefully moves. It’s his sixth as a leader. Rarely does art and craft disguise its artfulness and craftsmanship with such lack of self-consciousness while pursuing worthy aims.

The title might be thought to reflect an admixture that’s resulted in an Anglo-American band. True, but collision connotes destruction. Janisch is more interested in a meeting of cultures and its needful coming together, a scenario opposite to the irreparable damage he feels is done by some aspects of worldwide-webbery. It’s reflected in Another London, his opening ostinato bass a pointer to what’s in store elsewhere.

The album is part result of a concert Janisch gave at the London Jazz Festival two years ago; it also generates some of the liveliness flowing from his Whirlwind recording company. There’s a basic quintet to which is added three guests recorded separately in New York and London. The result is often orchestrally rich but never opaque, and always with gates wide open for sparkling solos. One assumes it expresses the optimistic view that collisions can be avoided.

Above all, it’s mostly governed by minimalist repetition, often set up by Janisch’s bass, both acoustic and electric, and made more complex and interesting by sonic modifications. The longest track, Pop, is dedicated to Janisch’s wife and consists of generally languorous episodes, notable for repeated motifs and exquisite work from trumpeter Jason Palmer, alto saxophonist John O’Gallagher and guitarist Rez Abbasi. O’Gallagher also plays its solo introduction.

A variety of ensemble backgrounds allows the soloists to fly, An Ode To A Norwegian Strobe finding them riding out expansively after starting in spare, riffing mood (all the tunes are Janisch compositions, even the intro to Pop) before the tune expands. With Another London, it’s also a track on which all three guests – John Escreet on keyboards, tenor saxist George Crowley and percussionist Andrew Bain – join the core quintet. Drummer Clarence Penn is the fifth member and key to scoring the album’s variable groove.

Simon Adams - 07 September 2021
Nina Simone appeared five times at the Montreux Jazz Festival between 1968 and 1990. This selection features 29 highlights of those concerts, the first CD from 1976–90, arranged for...