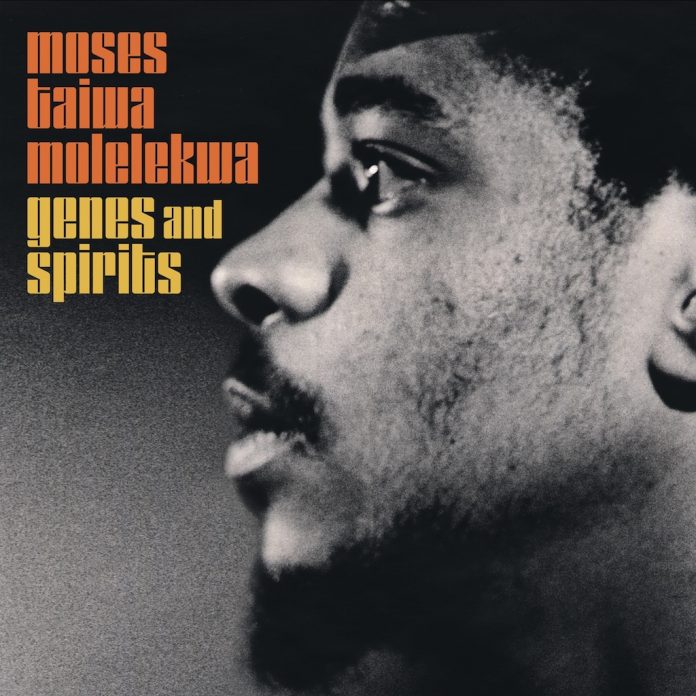 He was born in Tembisa township, in Johannesburg’s East Rand, and his father and grandfather were musicians. He recalled his father’s Coltrane, Monk and Davis records. He studied piano on Saturdays at the Federated Union of Black Arts Academy, and in a brief career, followed Moeketsi, Masekela, Ibrahim and Pukwana, integrating African sounds into jazz.

In 1988 he joined Hugh Masekela, and with his bands Brotherhood and Umbongo, got signed by Robert Trunz of the Melt2000 label. Finding Oneself (1995) and Genes And Spirits (1998) – of which this is a vinyl reissue – were inspired by post-liberation optimism. Molelekwa gained international success, in 2000 touring Britain with Joanna MacGregor. But in 2001 his life ended tragically – he murdered his wife and then killed himself.

Genes And Spirits reflects Molelekwa’s desire “both to reach a wider audience and experiment more”, melding township jazz with contributions from Brazilian singer Flora Purim, Cuban pianist Chucho Valdés and Cameroon funk drummer Brice Wassy, plus reggae and drum ‘n’ bass. He turned to more commercial, frenetic kwaito, the township synthesis of garage, ragga and hip-hop – what he described as ragga with a kalimba (mbira or thumb-piano) groove, and Tswana vocals over programmed drum tracks.

Molelekwa anticipates Robert Glasper’s genre-crossing a decade earlier and more convincingly. There are 10 original compositions here; the vinyl-only reissue adds Wa Mpona. It’s quite light music, in that bass frequencies aren’t insistent or dominant. Tsala has gentle vocals floating over the leader’s lazy lines on electric and acoustic (or acoustic-sounding) keyboard, with a smooth bass and drums backdrop. Spirits Of Tembisa is funkier, closer to the ethos of Weather Report, though again the grooves are lighter. Down Rockey Street has a strong reggae feel, melded with African beats and featuring Khaya Mahlangu on soprano sax. Dance To Africa’s cool groove features a lyrical Byron Wallen on trumpet.

Molelekwa is a very lucid soloist, whose compositions combine melody and grooves in a really delightful way – his music at odds with the demons that seemed to rule his life.

(This disc, issued some time in early 2018, is reviewed belatedly following struggles with old analogue technology. – The Editor)