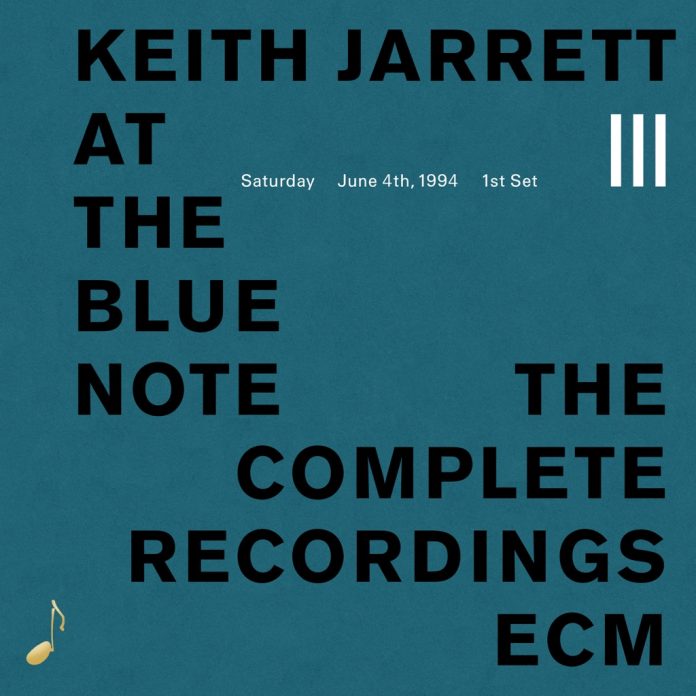 Jarrett is the kind of jazz artist that tends to polarise opinion amongst jazz enthusiasts and musicians. Some dislike his so-called antics such as his whining and groaning and his exaggerated bodily movements whilst playing; in terms of technique these can’t possibly help him in what he’s trying to play. I’d maybe accept the vocal noises as an exaggerated version of what a number of other jazz pianists have done, but I’d regard the physical movements as being at least partly down to showmanship, producing some very useful publicity photos along the way.

Few though would doubt his musical prowess, as demonstrated here. I was a great fan in particular of his Standards studio albums (volumes 1 & 2 from 1983 and 1985 respectively). Jarrett’s own composition So Tender was a highlight, with his beautifully melodic solo lines and the trio sounding completely comfortable as a whole in a medium-tempo Latin groove.

On this new 2019 release of a live original from 1994, the extraordinarily long opener Autumn Leaves sees Jarrett sounding like he’s sandwiched between Bill Evans and Brad Mehldau – taking substantial influence from the former, and doubtless influencing the latter, amongst many others. Given the overall length of the track the solo piano introduction is suitably long, but the track as a whole makes Days Of Wine And Roses (which follows) seem positively short at 11 and a half minutes.

The considerably shorter Bop-Be is in high-tempo swing mode, the trio as a whole sounding less comfortable than at medium and slow tempos, where their group interaction is best demonstrated. You Don’t Know What Love Is has Jarrett inexplicably listed as a joint composer on the inside cover of the CD. This, like Autumn Leaves, has a very long playout after the last head – in this case at least as long as the head-solos-head arrangement that precedes it, but as the playout is over an Indian-inspired groove then it seems appropriate that it takes on a long-form nature.

Nigel Jarrett - 19 September 2019
Unless you're a jazz oddity who believes the only mallet to be taken to a vibraphone should be made of iron and weigh 30 kilos, Gary Burton might be...