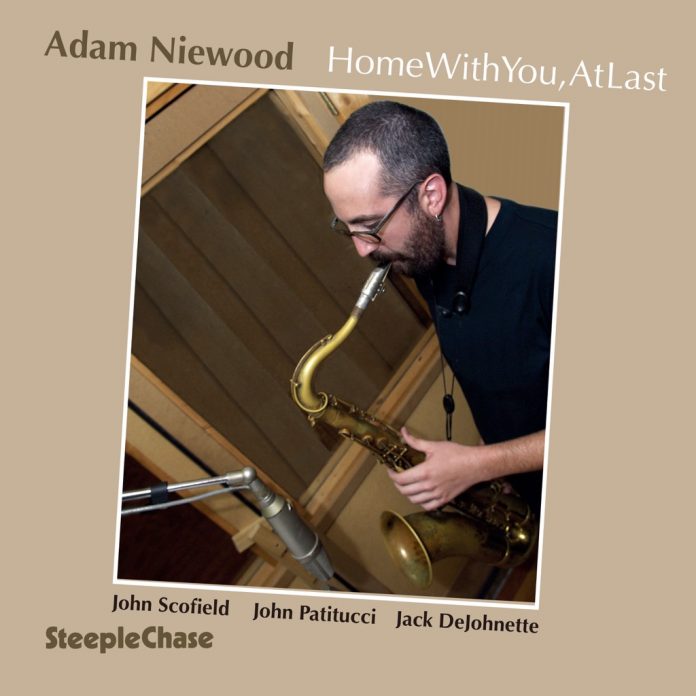 This is the second album by Adam Niewood of his father Gerry’s music. The first, 2015’s Homage, was made up of recordings from the same session as this release. Gerry Niewood died in 2009, and upon discovering his books of compositions, Adam decided to organise a line up of musicians to record a selection of the new-found songs.

Those recruited happened to be John Scofield, John Patitucci, and Jack DeJohnette, all highly acclaimed jazz musicians. Consequently, the album is an excellent listen, made up of all original tracks performed with great feeling and skill.

The album is opened and close by two versions of the same composition, Home With You, the first in a slow and gentle tempo, and the second with a more open and fluctuating rhythm.

Scofield brings his classic style and tone to The Gentle Soul, before being accompanied by Niewood in a tasteful melody, and the track builds with both musicians taking expert solos. The fourth song, Autumn Colors, is led by Niewood’s saxophone, taking a medium tempo hard-bop style melody through almost 12 minutes of interesting variation and interpretation, including another fantastic solo by Scofield.

Winds Of Change is an upbeat track, with DeJohnette keeping a tight but expressive rhythm, and Patitucci providing a complex walking bassline. With Scofield also playing rhythm, Niewood is able to demonstrate his improvisational prowess.

There is a lot to enjoy on this album, from the original compositions to their thoughtful execution, and not least the quartet’s phenomenal musicianship.

Nigel Jarrett - 26 June 2022
What joy to encounter a jazz album that strikes such a fine balance between solo and ensemble, echoes now and then with another genre of music, features lean and...