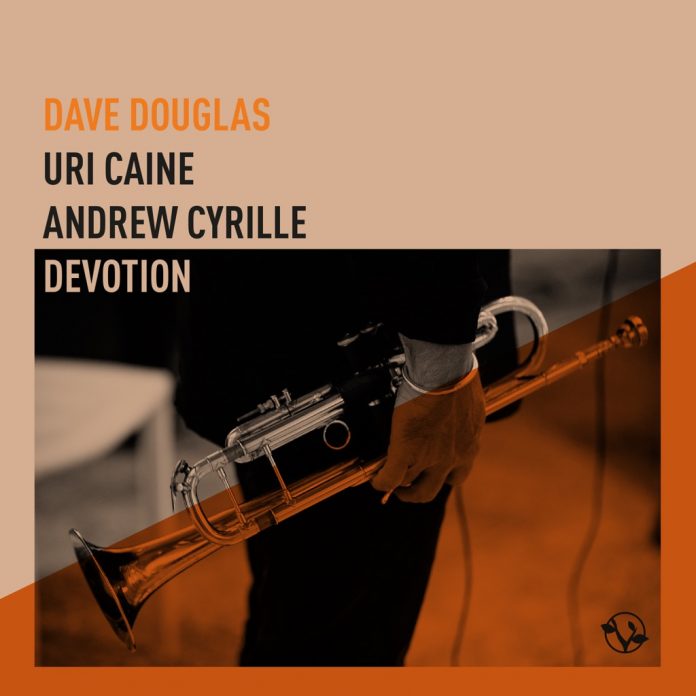 All of the compositions on this release come from trumpeter Douglas, apart from Devotion and are mostly devoted to people he admires, including Mary Lou Williams, Dizzy Gillespie, Franco D’Andrea and the late athlete Steve Prefontaine.

The three musicians involved are of course of an adventurous nature, constantly asking questions of the listener but never resorting to mindless headlong self indulgence. Anyone aware of Douglas’s work will know him to be a hornman of a measured nature and we get plenty of that approach throughout the CD.

He and Caine go back a number of years in recording terms. The pianist bestrides both the jazz and classical worlds, being a particularly empathetic individual when approaching the trumpeter’s written material. When the special skills of Andrew Cyrille are added to the mix we have a nicely balanced line-up.

The music is sufficiently varied, often suggesting swing despite the drummer’s refusal to be hamstrung by the basic concept, having moments of poignancy balanced against more robust intent. The tracks inspired by Douglas’s heroes do not necessarily reflect the stylistic tendencies of the individuals concerned, although those who know about such things could not fail to relate to Cain’s invocation of the aforementioned Williams on Rose And Thorn.

Derek Ansell - 28 May 2019
David Murray’s long time pianist, Lafayette Gilchrist, here gets his chance to record solo although this release is actually his second album. The opening selection For The Go Go...