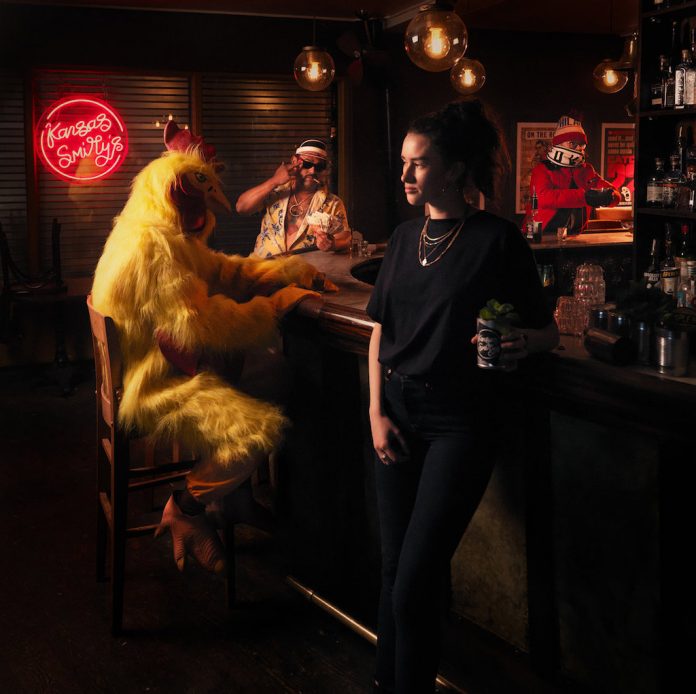 Kansas Smitty’s is – first and foremost – a small jazz bar located at 65 Broadway Market in East London. With its intimate setting, low ceiling and buzzing atmosphere, it has proved itself to be a hip spot on the capital’s jazz scene and has been drawing crowds of trendy Londoners with its cocktails and – more importantly – its live music.

Equally popular is the bar’s own house band, and if you’re unable to make it to Hackney to hear them play live, all is not lost. Broadway 2018 is the Kansas Smitty’s House Band’s third album, released last December. Comprising highlights from their four seasonal EPs of 2018, it’s called “the soundtrack to the House Band’s year”.

The band’s fondness for classic swing is something that makes them stand out, and on first impressions I expected the whole album to be made up of this. Of course, there is plenty of swing – from Pete Horsfall’s brilliant wah-wah cornet solo in Twentieth Century, to Giacomo Smith and Alec Harper’s mellow saxophone melodies in After Midnight, echoing some of the old greats like Coleman Hawkins and Lester Young.

But the full repertoire of the album is much more varied. Stand-out examples include Beijinhos, an energetic and cheerful Latin number featuring Adrian Cox on clarinet, and Cranes, a meditative piece with a suggestion – intentional or otherwise – of the Chinese pentatonic scale (Cranes also serves as a “sneak peek into what’s on the cards in 2019”, being the only track on the album that did not appear on any of the previous EPs).

With its blend of bebop, blues, modern jazz and trad swing, Broadway 2018 is a fun and dynamic album that should inspire the listener to book a table at Kansas Smitty’s as quickly as possible in order to experience it all in the flesh.

Jazz Journal - 24 March 2021
"Ubiquitous" is one of the many over-worked adjectives beloved of jazz scribes, but it is nevertheless apt when applied to bassist Paul Chambers. No-one else turns up with greater...