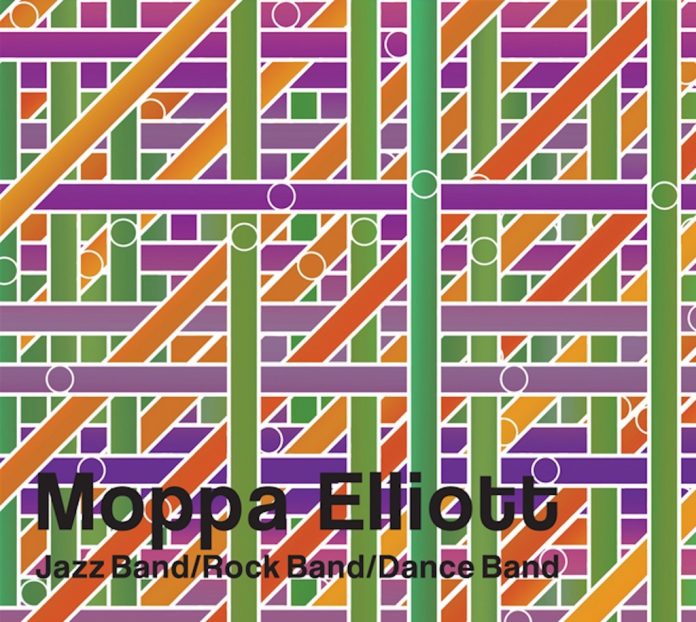 If you can’t choose one genre for an album, why not do three instead? This is the approach bassist Moppa Elliott (perhaps best known as leader of the quartet Mostly Other People Do the Killing) has taken with this latest release, where a triumvirate of jazz, rock and dance music rubs shoulders, mostly with ease.

The album is split into these three musical styles over two discs, beginning with Advancing On A Wild Pitch (jazz), moving through Unspeakable Garbage (rock) and wrapping things up with Acceleration Due To Gravity (dance). Each is distinctly different yet contains a running fil rouge of confident whimsy.

The jazz set mostly has a jolly, convivial air, lurching along in good-humoured style, with trombone and baritone sax taking solo turns. It’s an upbeat, rollicking sound, never taking itself too seriously but always tight as a drum. As we move from jazz into rock, percussion gets splashier and guitar more insistent, reminiscent of 80s rock, while saxophones continue to doodle away above it all.

The dance set seems more a mixture of the jazz and rock thrown together, swirling in a maelstrom of strident brass, free piano improv and raucous percussion.

It’s an interesting album to listen to from start to finish to pick up the echoes in later tracks of earlier refrains, slightly reframed.

Sophie Prior - 24 May 2021
With her elegant and warm, yet also strong and articulated vocals, Estonian singer Susanna Aleksandra adds an album full of originality and creativity to the jazz-pop song catalogue. The Siren...