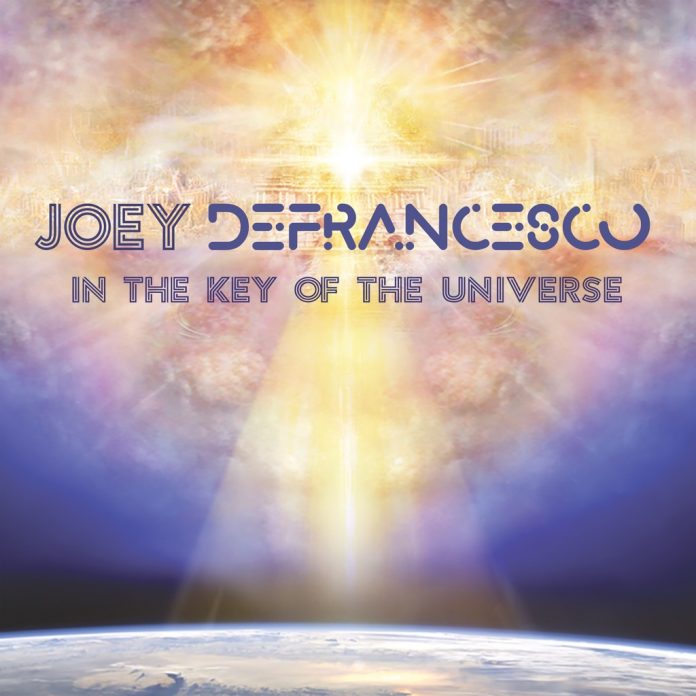 Almost all contemporary organ players battle to lay the ghost of Jimmy Smith and Joey DeFrancesco has done his best to offer an alternative to the master’s well-worn lines, still stock in trade for many keyboard players drawn to the electric monster. But even he at times can be heard drawing on the JS legacy.

On In The Key Of The Universe, the presence of Pharoah Sanders on three of the tunes at first sight suggests an edgier alternative to the organist’s normal output but the saxophonist is a little less cutting edge than in days of yore. His contributions are welcome but no less telling are those of the impressive New York based Troy Roberts, who has his roots in Perth, Western Australia.

The music here alternates between the lightly funky, Latinesque excursions and uptempo romps, taking in the attractive ballad A Path Through The Noise along the way. Many of the theme statements are delivered in unison by DeFrancesco and Roberts in an impressively slick manner.

All the material is the leader’s own, apart from The Creator Has A Master Plan, that classic of spiritual jazz that Sanders composed with vocalist Leon Thomas and presented to the public on his 1969 album Karma.

This version only runs for 11 minutes as opposed to the original’s 32 and 50 years down the line inevitably carries less weight despite the originator delivering the telling message.

There has been no shortage of DeFrancesco releases in recent years and on this disc, he shows small signs of wishing to stretch his personal boundaries. Nonetheless, it still sits comfortably amongst his invariably enjoyable body of work.

Barry Witherden - 20 January 2019
All American was a Broadway show with music by Charlie Strouse. Apparently it only ran for 80 performances. The All American In Jazz album was unusual in that Duke...