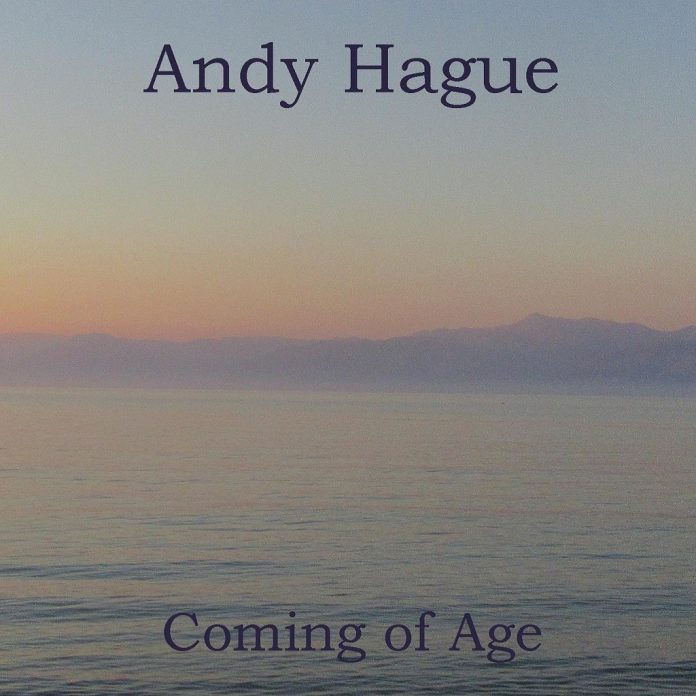 When I saw Hague’s quintet at Teignmouth last autumn during the tour to promote this album, the leader announced that he had recently unearthed a number of copies of his 1996 CD, Portrait Of The Artist As An Old Git (Ooh-Err 002). He still has a way to go until he becomes an old git, but long ago came of age musically, and this release provides ample evidence that his work has matured whilst staying fresh.

Hague runs a range of projects, including a salsa band, a sextet specialising in Horace Silver compositions, and jazz education classes. Portrait was an excellent programme of hard bop sparked by a fistful of Hague’s originals broadly in the mid-60s Blue Note mould.

The current group, still including long-term associate Waghorn, better reflects his present range, though hard bop remains at the heart of the music. He and Waghorn are even more incisive players now, flanked by a trio of strong players who are fine soloists as well as supportive accompanists.

The opener, Displaced, is one of those boppish Hague originals, with the leader’s solo being a fine example of the clarity and fluency of his playing. Blomfield’s crisp style also shows up well here. The atmospheric In The Bleak Mid-Autumn has a stalking gait which makes me think of a scene from a film noir, with deserted, poetically lamp-lit, rain-washed streets, enhanced by a slight hint of menace that surfaces halfway through Blomfield’s otherwise lyrical solo. Stepping Down, based on Coltrane’s Giant Steps, gives Waghorn the opportunity to demonstrate his command of fast tempi, with powerful support from Jones and Whitlam.

Hague describes the title track as a rock anthem and whilst I see what he means that label doesn’t really do justice to its subtler elements. Great Minds gives Waghorn another chance to cut loose. Abraham is a scrumptious swinger composed in 2003 after a jam with Wynton Marsalis, who, I don’t doubt, would approve of it. Loopy is not zany, but has a cyclical structure, a graceful piece in 3/4.

ICU evokes classic bebop practice (new tune, borrowed chords) which features exemplary solos by Hague, Waghorn and Blomfield … arguably the high-spot of the album. The live performance of Sing It Loud, one of Hague’s most recent compositions, had a rich and pleasing gospel tinge. That’s not so evident here, but it’s still a joyous, jubilant piece. Conflict Resolution is another anthem, with a mournful ambience that gradually evaporates during the sequence of solos, leading to a more serene close.

Ronald Atkins - 15 June 2019
The album title hints at something a bit left-field and that’s how things work out. Don Byron has built a reputation in the more modernistic areas, though his background...