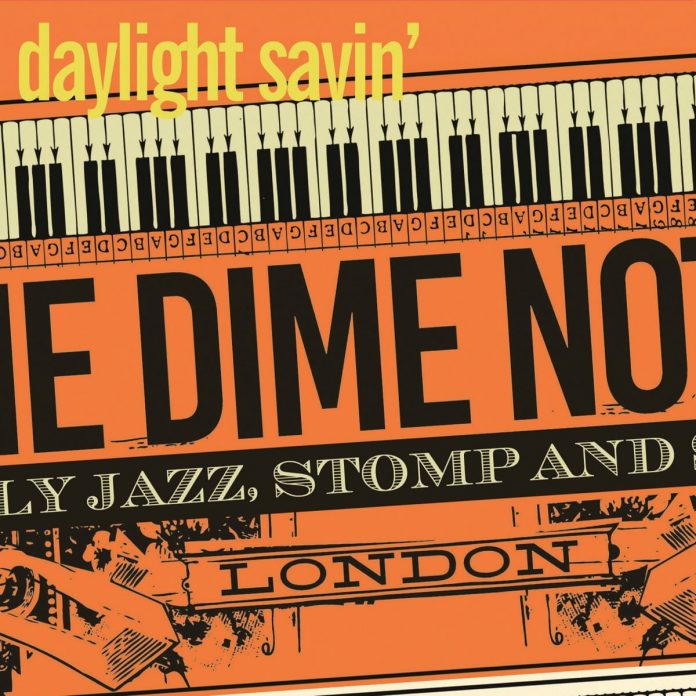 Since their first and well-received album in 2016, the UK-based Dime Notes have been busy globetrotting as expert exponents of classic New Orleans style hot jazz. This second release is on similar lines to the first, with particular attention paid to the legacy of Jelly Roll Morton (American pianist Andrew Oliver and UK clarinettist  David Horniblow had made a special study of Morton’s music in 2018 for their Morton Project album).

The Chant, though written by Mel Stitzel, is primarily associated with Morton’s recorded version, and the lively quartet performance here follows the basic shape of the striking arrangement on the Red Hot Peppers recording – as does Grandpa’s Spells, with guitarist Dave Kelbie featured, expanding on Johnny St. Cyr’s breaks. Fickle Fay Creep is expressively performed with sensitive rapport in a tasteful arrangement, whilst the appropriately titled Pep is is a joyfully upbeat quartet reworking of a Morton piano solo. Jelly bows out on the album with a late composition, the wistfully appealing Why.

The accompanying interesting and unhackneyed selection of tunes associated with other artists kicks off with a relaxed but brightly swinging treatment of Jimmy Noone’s El Rado Shuffle, and features a couple of James P. Johnson blues numbers, including title track Daylight Savin’. Rarely performed, Jesse Pickett’s The Dream is strikingly exotic with its very Mortonish “Spanish tinge”.

This is convincingly performed vintage hot jazz, with a present-day freshness and commitment.