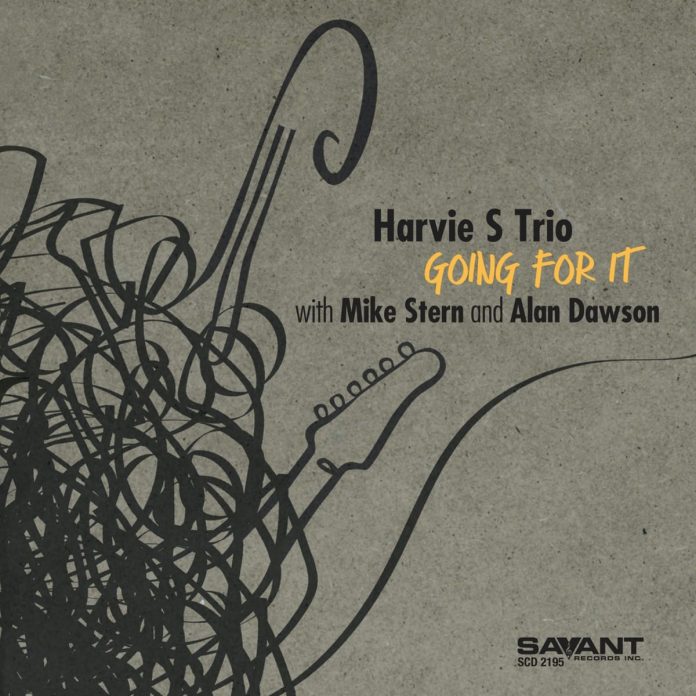 The bassist formerly known as Harvie Swartz (b. 1948) has moved in some pretty fast company during his now 50-plus year career. Studying bass at Berklee in the late 60s, by 1985 he had already served an apprenticeship with Al Cohn and Zoot Sims, cut several albums for ECM with Steve Kuhn, and released his adventurous leadership debut for Gramavison in 1980.

It now transpires that one of his most treasured musical memories was the three-night engagement by this multi-generational trio at Cambridge MA’s 1369 Club in July 1985. Until very recently there was thought to be no permanent record of the concerts, but when Swartz discovered that superfan David Lee had recorded much of the action straight to cassette with a serviceable two mic set-up, his interest was piqued.

What Lee’s grainy cassette recordings lack in fidelity is more than outweighed by the electrifying performances. Joining Swartz were drummer Alan Dawson, veteran of countless classics by artists including Booker Ervin, Eric Kloss and Dave Brubeck, and the young Mike Stern. Already a Miles alumnus, Stern had played on Swartz’s Urban Earth in February 1985, and he was still discovering the full range of his extraordinary powers.

Dawson brings a Latin feel to the opening Green Dolphin Street, Stern taking the old warhorse to some unexpected places before a premature but not too abrupt fade. Dawson and Stern slug it out on Sunrise, Swartz eventually slowing things down with a Garrison-esque flamenco style solo. Horace Silver’s Peace is as tender as you could wish, while the straightahead swing time of Like Someone In Love is a reminder that Stern has always been a straightahead jazzer at heart.

Coltrane’s Moments Notice is fast and furious, Stern shredding through the changes before Dawson’s musical solo. The guitarist empties his emotions on Corea’s Windows with an intelligently paced solo that climaxes in a breathtaking sequence of octave runs. Brilliant as it is, it’s as nothing to the 15 minutes of wild pyrotechnics on Stern’s perennial barroom shuffle Bruze. Moving from linear bop to scorching post-Hendrix solar storm, this is why we still love live music.

Notwithstanding the grainy audio Going For It is a superb find, and what’s more it’s a timely reminder of what we’ll miss if intimate musicians’ haunts like NYC’s 55 Bar are allowed to disappear.

John White - 24 April 2019
In 1964 Ben Webster played a one-month residency at Ronnie Scott’s, and then moved to Sweden, Norway and Denmark – where he finally settled in 1969. Until his death...

Jazz Journal - 30 September 2019
In the June ’89 edition of France's Jazz Hot, Abercrombie spoke of his desire to achieve here a democratic balance comparable to that achieved within the famous Poll Winners...