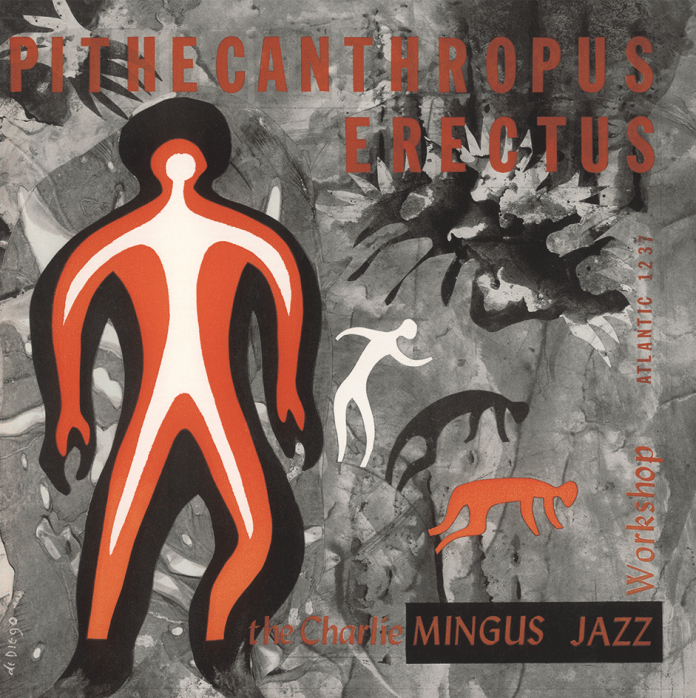 Subtitled “The Charlie Mingus Jazz Workshop”, this early Atlantic session in 1955 was one of the first of the bassist-composer’s workshop styled programmes. Starting in 1953 Mingus gathered together various musicians to work out the implications of his ideas. Basically he felt that written music could not convey the true music of the composer as musicians would put their own invention on it. His idea was to play each individual part to each musician on piano so that they fully understood the composer’s intention and would play it the way he “heard” it.

Does it work? Well, yes, all recorded music by a Mingus band has his musical stamp on it and this LP is no exception. The title track “Pithecanthropus” was described by Mingus as a tone poem. In three movements it is carried along by the intensity of the solos by McLean and Monterose and the churning rhythm controlled and pushed ahead by the powerful bass lines of the leader and the piano and drums.

“A Foggy Day” transfers from London to San Francisco as Mingus had never been to London. Once again spontaneous improvisation from the two horns is bright and ferocious as the rhythm section include the sounds of sirens, fog horns, honks and  whistles – all depicting a busy city full of traffic to good effect.

“Profile of Jackie” gives McLean a chance to shine as main soloist and he does so. There is further hard blowing and churning rhythm on “Love Chant” and some wild free sounds that pre-figure the music that Ornette Coleman would introduce on records three years later.

In many ways Mingus and his workshop bands were way ahead of the rest of the field in terms of free, spontaneous improvisation, except, of course, that Charles Mingus always kept to a chord structure which Ornette rarely did.

The music here though stands the test of time: it still sounds fresh, different and immediate and the 180-gram vinyl pressing, newly remastered by Speaker’s Corner Records, puts these sounds into sharp focus. The LP cover is an exact replica of the original Atlantic issue.

Fred Grand - 22 November 2021
I’m a sucker for a good paradox, so when the press notes for Juniper described it as “a singer-songwriter’s album played by an instrumental jazz band” I was ready...