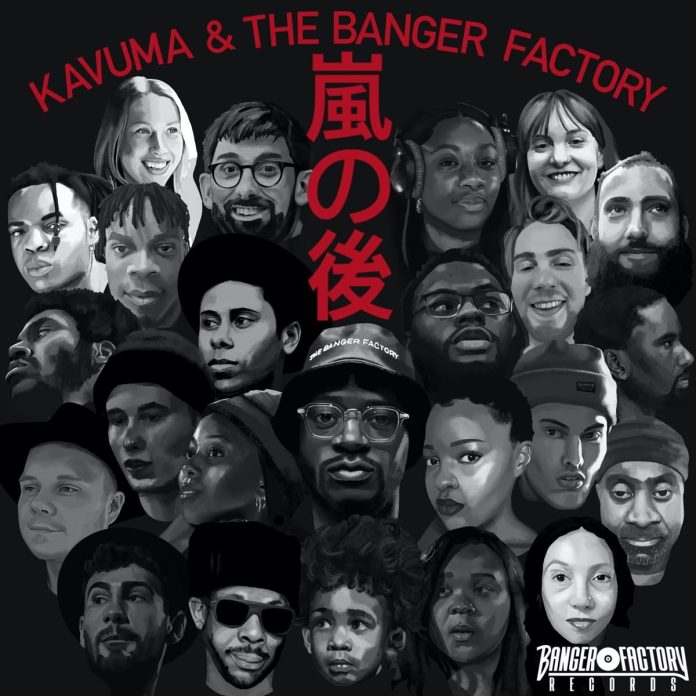 The album that started it all was of course, trumpeter Mark Kavuma’s eponymously titled debut album (Ubuntu, 2018) swiftly succeeded by The Banger Factory (Ubuntu, 2019). This third release coincides with the launch of his own record label, Banger Factory Records, and was showcased in a Ronnie Scott’s concert reviewed by Thomas Fletcher.

One of the album’s standout moments is undoubtedly the extraordinary tuba solo rendered by guest musician Theon Cross on Love Will Find A Way written by Eubie Blake and Noble Sissle from the 1921 Broadway musical Shuffle Along. Cross’s ballad-like delivery, replete with elegant vibrato, is worth the entrance fee alone as he delicately traces the song’s melody.

The Eddie Harris-like groove of Hedz benefits from a deft ensemble arrangement, decorated by sparkling vibraphone and some engaging solos from Kavuma, Musshinghi Brian Edwards on tenor, and Artie Zaitz on guitar. The breezy David Danced, taken from Duke Ellington’s Concert Of Sacred Music (RCA, 1966), features extended vibes extemporisation throughout.

The album concludes with the emotionally charged gospel, One More River, where the regular band is augmented by guests including a choir with lead vocals by Ritchie Seivwright. By his own admission, Kavuma was obsessed with this song, listening to Sam Cooke and the Soul Stirrers’ version every Sunday. It’s an exhilarating climax to a well-balanced collection of tunes and appropriately reflects the collective essence of the band, as reflected on the CD cover, populated by a host of participants. There’s really not a dull moment on this captivatingly imaginative album.