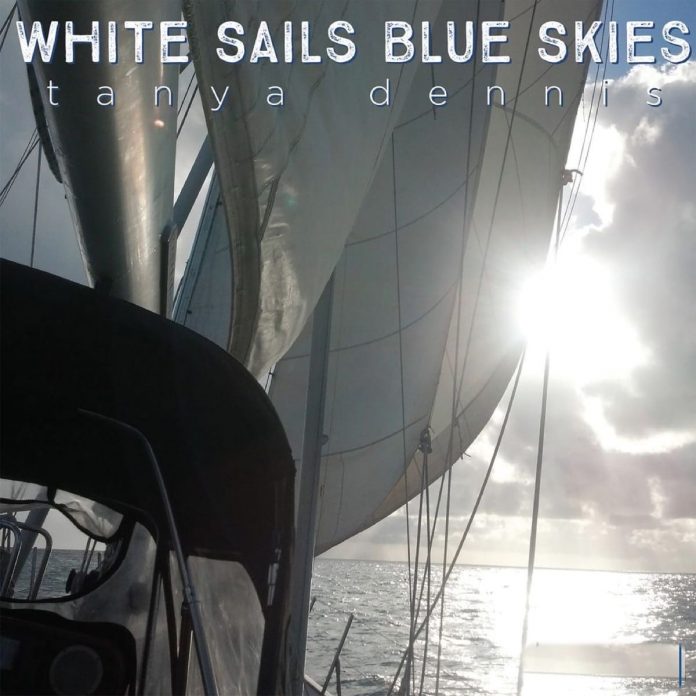 On her website Tanya Dennis states that “over the years” she has dabbled in jazz, samba, Afro Cuban, gypsy, old-time, Irish, electronic, eastern Indian, tango, flamenco, rock, country, funk, fusion and R&B, all of which arguably influenced this, her third album, and none of which even circle the perimeters of my comfort zone. Nevertheless, I donned my “impartial” hat before settling down to listen to the album.

First, then, the voice; it’s certainly pleasant enough, easy on the ear if totally lacking in distinction. Ms. Dennis is an accomplished violinist and, along with castanets, she lists violin as one of the instruments she plays on the album, along with a third, “prayer bowl” – me neither.

Though a lifelong nomad she is temporarily resident in Tennessee in order to care for her invalid father, and eight of the nine musicians accompanying her are locals. Her musical idol is Toots Thielemans and she deliberately included a harmonica on the charts but when she invited Thielemans to guest on the album he declined on the grounds of failing health and so, still wanting a harmonica she flew Hendrik Meurkens from New York.

Dennis owns a 50-foot sailboat and it was whilst cruising the Keys, Bahamas and the Caribbean that she composed seven of the nine songs that comprise this album. They are clearly highly personal and hold a special meaning for Tanya and her husband which makes them difficult to talk about and I can only wish the album well and hope it finds its audience.

Gordon Jack - 15 December 2019
Cathy Segal-Garcia comes from a musical family and as a young child she played the flute and guitar. She attended Berklee School of Music from 1972 to 1975 studying...