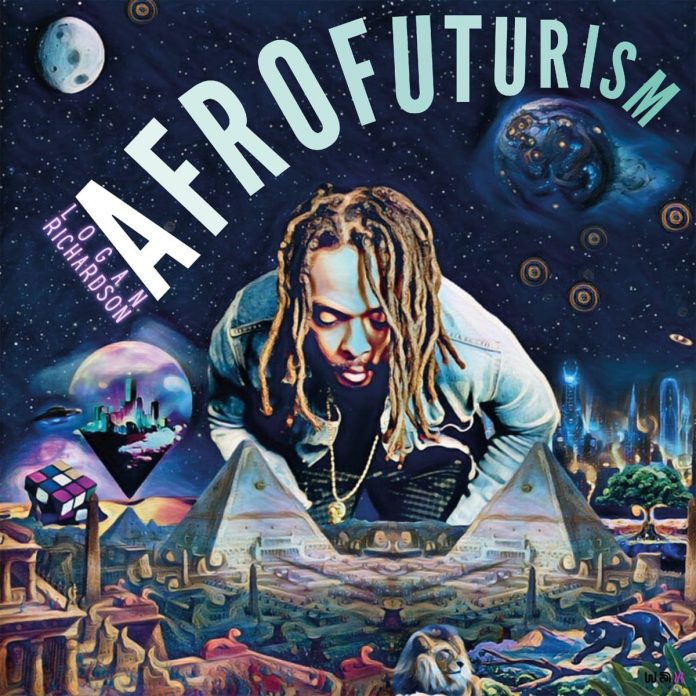 Kansas City saxophonist Richardson can’t be accused of a lack of ambition or confidence. His sprawling fifth album starts off with a spoken-word rap placing him in the lineage of great altoists, starting with hometown hero Charlie Parker. Richardson studied under Bird’s first boss, Jay McShann, and lives in Parker’s childhood home, where he recorded much of this album.

There’s no obvious bebop here, but a jumbled array of other styles and spoken-word interludes that feels like a scan through a radio dial. Sounds range from hip-hop to classical strings, from bombastic prog rock to a brief solo saxophone piece, an eloquent tribute to another alto great, Anthony Braxton. As showcased on his 2016 Blue Note album with Pat Metheny, Richardson has a wide range of expression, from dry and reedy to piercing and wailing, this time often augmented with reverb and other effects.

Afrofuturism is very much a studio project, with Richardson sculpting soundscapes, playing keyboards and arranging his octet in various configurations. His sax seems to have been somewhat overlooked, heard clearly on only half of these tracks. The strongest include the ballad Light and Black Wallstreet, an elegy for the 1921 Tulsa race massacre. Over a bed of strings, Richardson offers a heartfelt paean, dropping the overproduction that weighs down so many songs.

The mood is shattered by one of many lo-fi interview clips, a tiresome cliché of recent US albums. These snippets distract from the strength of the songs and add to the cluttered overall impression. The exception is a tape of Richardson’s great-grandmother singing a gospel song, which sadly cuts off after 25 seconds. That segues into distinctive Italian vocalist Laura Taglialatela emoting on Farewell Goodbye, which could have strayed from an adventurous Broadway musical. Richardson’s horn is again just part of the texture on Trap, an easy-going slice of Southern hip-hop, and According To You, a woozy electronic meander that evokes Prince and Flying Lotus.

Over-ambition is always preferable to timidity, but Richardson’s reach may have exceeded his grasp this time. He plans to release four more albums this year – hopefully they’re more focused.