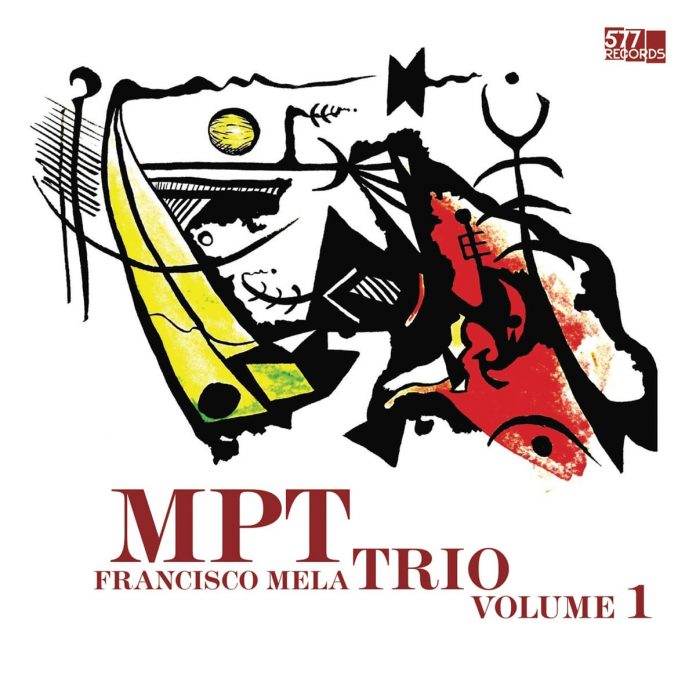 Having rehearsed and played together periodically over the last two and a half years, the MPT Trio have released their debut album, a collection of eight original compositions. These songs bring together and blend the diverse musical traditions brought to the band by each of the three members; this blend is then laid over contemporary and avant-garde jazz structures.

This fusion means the trio transcends genre but this can sometimes translate as a loss of style, so perhaps defining this is what’s next for them. But the three musicians use their instruments in pioneering and exciting ways and this indicates their artistic inquisitiveness.

The structures vary enormously and this is emphasised instantly in the first track, Calipso, which uses steel drums reminiscent of Caribbean calypsos. The skill in Mela’s playing here is obvious and his rhythmic coordination is outstanding. The other track that really stands out is the fifth, Naima. This ballad uses a more traditional structure, featuring Paz’s yearning saxophone; it doesn’t seem to bear any relation harmonically to Coltrane’s ballad of the same name, sounding more like something Paul Motian and Bill Frisell might have produced. It does resonate as true ensemble playing, illustrating how the MPT Trio achieve a compromise between the unpredictability of free jazz and a certain togetherness.

The other six tracks rely on on explosive, unapologetic rock-like sounds accompanied by aggressive rhythms. They’re impressive, yet occasionally seem lost; however, perhaps this effect is heightened by the strong structures of the first and fifth tracks. In any event, Mela, Paz and Trujillo showcase their talents as a trio, presenting their unique sound with confidence, exploring the rhythms and melodies of Afro-Caribbean music and leaving their mark on it.

Jazz Journal - 28 May 2020
It is something of an undertaking to translate and assimilate in one breath, so to speak, the highly knowledgeable and well-informed criticisms and com­ments of a writer of the...