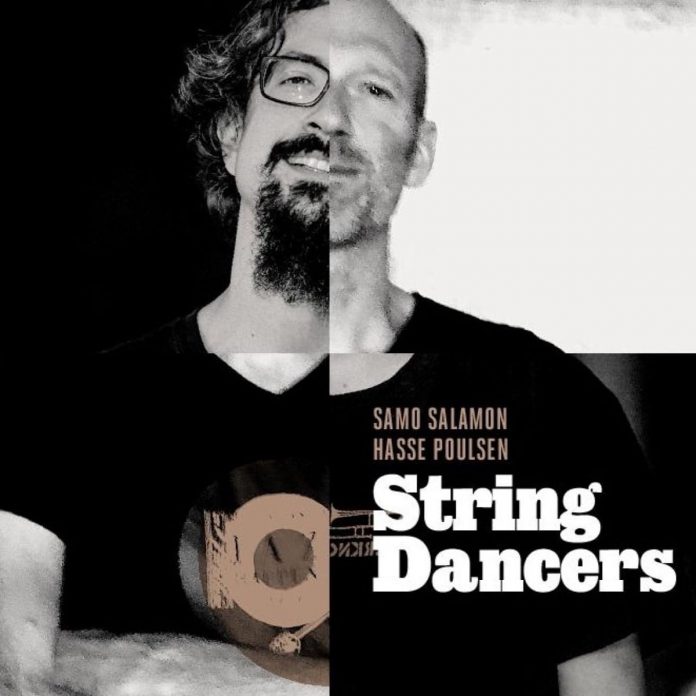 This is a guitar duo that goes beyond the post-bop mainstream and doesn’t so much take the music into wilfully “new’ territory as it stakes out its own stimulating space and offers an object lesson in how to mine it while enhancing the environment. Because of this the resulting music (happily) defies easy categorisation outside of the reductive, lazy one that is “improv”.

Everything is purged of indulgence and the effect is of two musicians unusually focused. This serves the practical end of lending the music immediacy for all its disconnected nature, as imposed by the pandemic era. A kind of mutual respect comes to light on the opening Ultra Serieux, where both guitarists meet the passing moments’ needs as though they were together in the same room at the same time; the fact that they weren’t is quietly extraordinary.

The liquidity of Austrian Lake is most apt, and the same goes for the strain of lyricism that’s also a mark of the piece. Again the duo pulls off the not inconsiderable feat of summoning a spirit of spontaneity out of circumstances stacked heavily against it, and the overall mood is sustained in a manner that justifies the title.

Free Noses is arguably a title rich in comic potential and the duo rise to it in a manner permitting a depth of jocularity likely to unfurrow many a brow. The spontaneity quota is again notably high, while a preoccupation with the natural world, understandable in the face of the damaging follies some human beings prove themselves capable of, perhaps comes to the fore in titles like Soft Grass and The Scent Of Rain, both of which are notable for strains of what might be called post-Bill Evans lyricism, as if the quality is being heard through a prism informed by the contemporary world.