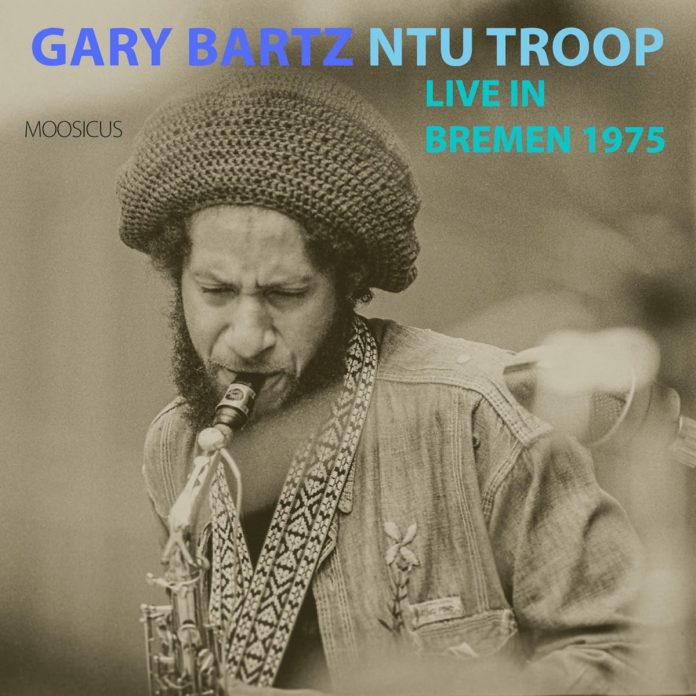 Gary Bartz, born 1940, is one of the great alto saxophonists of the post-bop era. His 1968 album Another Earth, featuring featured Pharoah Sanders and Charles Tolliver, had synthesised spiritual and space jazz. He became well-known through his work with Miles Davis, appearing on Live-Evil (1971). After a relatively short period with Miles, he formed NTU Troop.

In the course of a long career he’s returned to more straightahead post-bop, in recent years producing fine albums with contemporaries such as trumpeter Eddie Henderson.

This two-CD set was recorded on a 1975 European tour by Radio Bremen. The ethos is funk, with bass guitar replacing acoustic bass. Though I’m a big fan of Bartz, the immediate post-Miles jazz-rock period represented on this album doesn’t seem to be his greatest work.

Many musicians in the 1970s convinced themselves that they were producing artistically valid work in this style when that probably wasn’t the case – and that may be true here. Bartz is on imperious form on alto, as always, but the material is dull and the support isn’t first-rate.

Brian Payne - 13 June 2021
Leo Wright was a first-class alto player and considered by many to be one of the finest flautists in jazz. It’s surprising therefore that he isn’t better known. He...