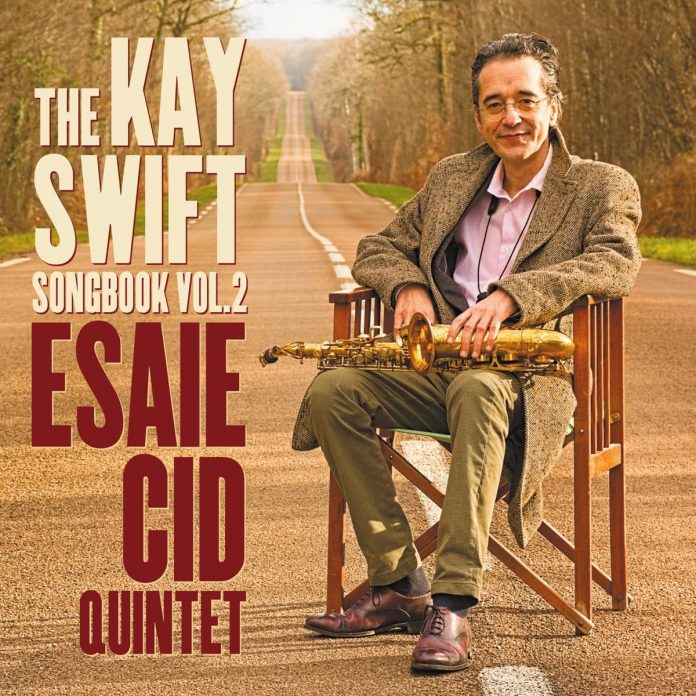 Although there is no logical reason or explanation the fact remains that in the first half of the 20th century female composers and/or lyricists writing material for (1) Tin Pan Alley, (2) Hollywood and (3) Broadway were thin on the ground. This means that once you have name-checked Ann Ronnell (Willow Weep For Me, Who’s Afraid Of The Big Bad Wolf), Mabel Wayne (In A Little Spanish Town, Little Man You’ve Had A Busy Day), Bernice Petkere (Close Your Eyes, Lullaby Of The Leaves), Dana Seusse (My Silent Love), and prolific lyricist Dorothy Fields (in a career spanning 1928-1973 she produced 400+ lyrics for jukebox, stage and screen) you’re through.

Unless, of course, you factor in Kay Swift. You should, for not only was she arguably the most qualified – having studied classical composition at the Institute of Music (which later became Juilliard), she was also the first female to write a complete Broadway score.

Swing Alley have now released The Kay Swift Songbook Vol. 2 by the Esaie Cid Quintet, featuring nine compositions by Swift written between 1930 and 1970 that for one reason or another remain relatively unknown. According to Fresh Sound, “her three most enduring songs”, Fine and Dandy, Can’t We Be Friends? and Can This Be Love? appeared on Volume 1.

Having been unaware of volume 1, I came to volume 2 with fresh ears, not knowing what to expect. The group is piano-less and reminiscent of the Gerry Mulligan Quartet of the early 1950s albeit one performer larger and with a different line-up (trombone, alto/clarinet, guitar, bass and drums as opposed to baritone sax, trumpet, bass, and drums).

Oddly, given Swift’s role as composer, the group don’t appear to state themes and then improvise but just start improvising immediately. The quintet have a definite bop style, such that a parallel might be, for argument’s sake, something such as Bud Powell Plays Stephen Foster. The playing is accomplished and Cid has provided acceptable charts but this might appeal more to bop enthusiasts than those looking for insight into Swift the songwriter.

Discography
Femme Fatale; A Moonlight Memory; Nevermore; Sixpence & A Smile; If I Could Write You A Melody Like Rodgers Or Kern; Velvet Shoes; Prayer With A Beat; Write A Song For Me; John Likes It When The Wind Blows (44.02)
Cid (as, cl); Jerry Edwards (tb); Gilles Rea (g); Samuel Hubert (b); Mourad Benhammou (d). Studio Piccolo, Paris, 25 October 2020.
Swing Alley 044