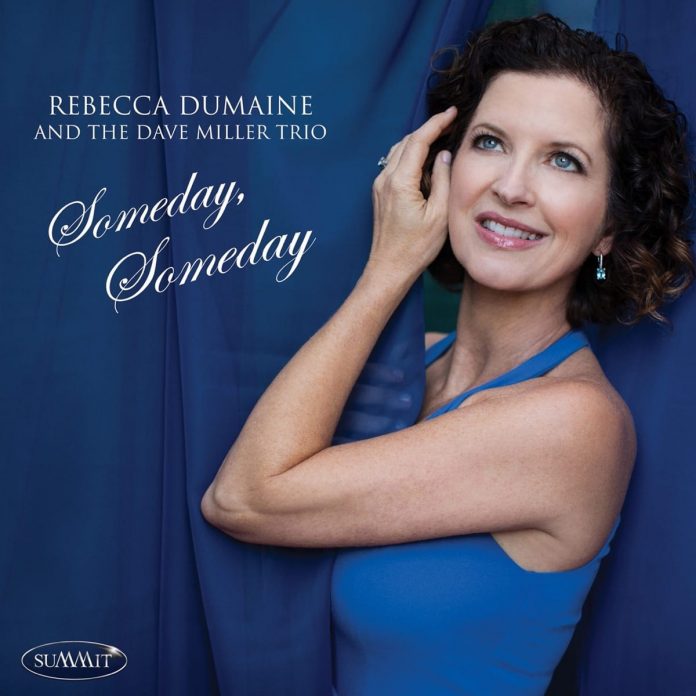 Written and recorded during a dark and depressing time for many during the pandemic, this album provides an introspective view of the past year, whilst being optimistic for a bright future, through DuMaine’s interpretations of jazz classics and two of her own compositions.

DuMaine has had a successful career as an actress and a professor of voice and speech, and her flawless diction and clarity throughout the album effectively enhance the emotions of the lyrics. Her smooth tone, recalling Sinatra’s persuasive, silky phrasing, gets straight to the heart of the sentiments of each piece.

Following her 2019 release Chez Nous, where she appeared with her father Dave Miller’s combo, DuMaine again keeps it in the family, playing with Miller, bassist Chuck Bennett and drummer Bill Belasco. In aiming to create a dark but hopeful sound, DuMaine employs a variety of styles, from an upbeat, 3/4 interpretation of the ballad Cry Me A River to the contrastingly swinging I Guess I’ll Have to Change My Plan.

The intimate piano and vocal duet between father and daughter on Joni Mitchell’s Both Sides Now is particularly heartwarming, the balance between players perfectly supporting the melody.

DuMaine’s own composition Someday, Someday creates contrast. It juxtaposes an uplifting, syncopated samba accompaniment with negative lyrics, DuMaine hoping to convey a sense of hope in an overall dismal time. The star of the piece is percussionist and drummer Bill Belasco, who arguably keeps the track interesting where DuMaine’s vocals feel overly repetitive on a slightly awkward melody.

Overall, the album is a journey of emotions with a great selection of songs, some moments of true beauty and some interpretations that just hit the mark.

Rale Micic : Only Love Will Stay