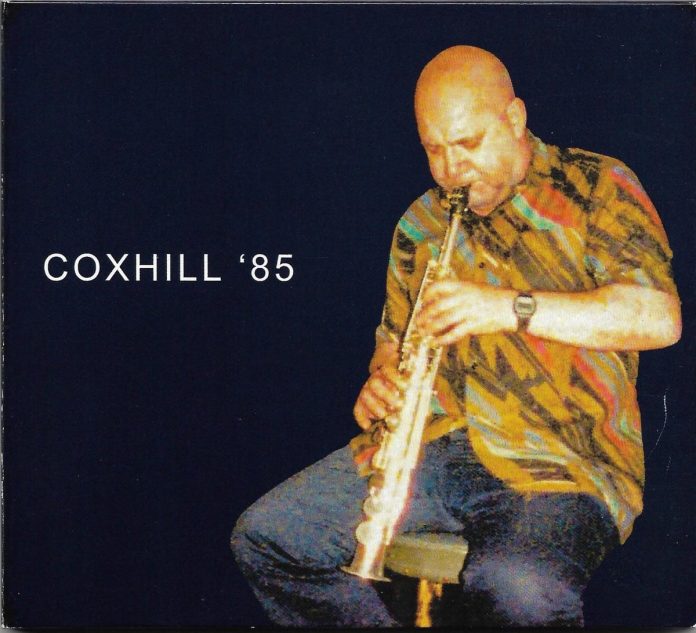 Clichés might abound, but I’ll do my utmost to dodge them because the likes of Mr Coxhill deserve words not constructed in such ways. Thus the cliché about not seeing his like again, although somewhat clumsily revealed right there, will make no further appearance in this review for all of its relevance, except at the end.

This live set finds the “unique entertainer” in “sparkling form” and doing his inimitable thing on soprano sax. It’s one that simply cannot be taught, not least because the music is to a pronounced degree informed by an individual sensibility, as opposed to the mere application of machine-tooled technical facility. This is nowhere more evident than on Unconfirmed, in which the melody of Charlie Parker’s Confirmation emerges after lines which are much more than variations.

The Parker connection holds over, somewhat tenuously, when audience members clearly think their conversation is at least as important as the music being made, much as Parker’s audiences did at the Royal Roost decades earlier. But the voices are largely silent on I Thought About You, which gets a reading as far from Frank Sinatra’s 1956 rendition as any on record is ever likely to be. Again Coxhill’s individuality is pronounced. Passing time, in an oddly telescoping way, has served to bring his music into sharper, deeper focus.

I was hoping that Still For Bunk was dedicated to Bunk Johnson (and maybe even his dental problems circa 1945) but in a lengthy announcement prior to playing it Mr Coxhill debunks that idea, saying the piece is dedicated to saxophonist Bunk Funk, who thought he would walk with God. He then plays a solo of reflective gravity before stopping to confess he made the whole story up.

In short, then, we probably won’t see his like again, not least because a lot of jazz musicians are far more amateurishly professional these days, or maybe it’s because they’re professionally amateur, who can say? I can only assert that the four stars are more than justified, and that a fifth wouldn’t go amiss, even one of the flatted variety.

Slam’s website quietly notes at the foot of the page dedicated to this release that it’s “the final CD scheduled for release on the SLAM label, founded in 1989”. To perpetuate the cliché, we won’t see the like of SLAM again either.

Elliot Marlow-Stevens - 04 November 2021
Created by a trio of expert musicians, Zoji essays a complex blend of genres, spanning centuries, and as such is difficult to describe. Most of the album was composed...