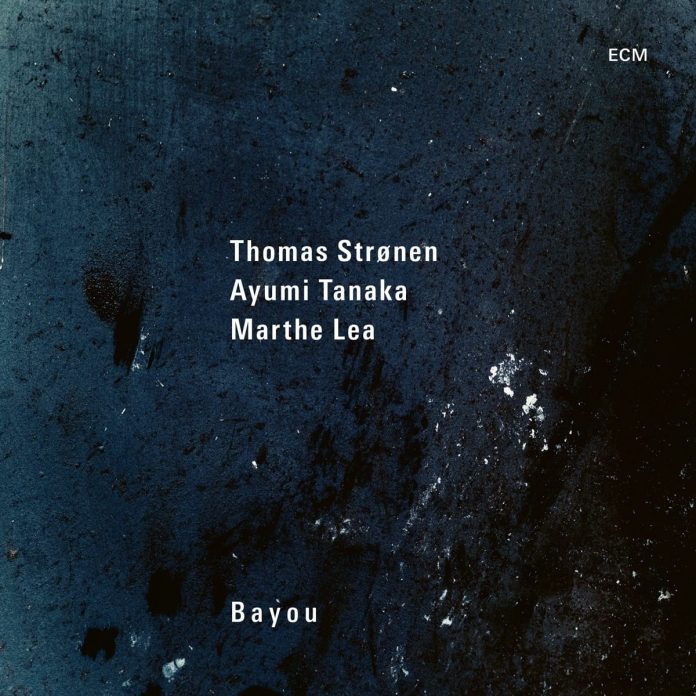 Norwegian drummer Thomas Strønen’s work has, to date, been nicely compartmentalised: his Food collaboration with saxophonist Iain Ballamy emphasised electronics, while the more recent Time Is A Blind Guide has developed into an acoustic chamber ensemble.

Bayou takes him in another direction, a freely improvisational trio conceived primarily as an open-form rehearsal and sound research project “drifting between elements of contemporary classical music, folk music, jazz, whatever we were inspired by. Sometimes the music was very quiet and minimalistic, and sometimes it was the opposite,” as Strønen remarked. Openness to all options available is the key, the music delicate, adventurous and spontaneous.

All the pieces here are created collectively, in the moment, with the exception of the title piece, which is based on a traditional Norwegian folk tune and unfurls in the quietest possible way. Its two versions are both distinguished by the beautifully phrased vocals of Marthe Lea, herself first and foremost an instrumentalist who had rarely sung before.

Elsewhere, as on the empty Pasha, attention is drawn to the percussive effects of both Lea and Strønen as they pick their way round their instrumental kit. Ayumi Tanaka, a classical pianist coming recently to improvisation, is a reticent participant, presenting pools of sound the others use to reflect their own contributions, Lea a delicate presence on clarinet heard at her best on Varsha and Como.

This is rarefied, sometimes abstract music-making with minimalism and restraint always to the fore. But it is also very beautiful and very thoughtful. Another fine Strønen project.

Steve Voce - 07 February 2020
Most people will have the main music on this album, but anyone who hasn’t is urged to buy it. Despite its deceptive jam-session appearance, the session that produced Walkin’...