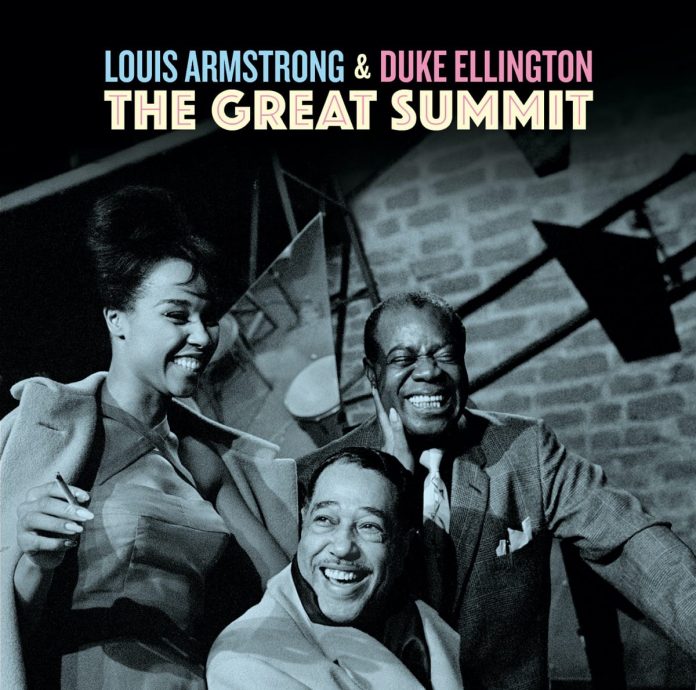 There’d been talk of Louis Armstrong meeting up with Duke Ellington’s orchestra for some time but this never materialised. Instead, in 1961 Ellington sat in with Satchmo’s All-Stars as guest pianist for two days of recording. It was to be the first and last studio meeting between the two men. Both were in their 60s and arguably it became one of the greatest pairings in jazz history.

The warm rapport on the album between the two artists is tangible. With some improvisational doodling reflecting influences from Monk, Ellington’s competence as an accompanist appears even more apparent than with his own band.

All the tunes are drawn from Ellington’s repertoire. C Jam Blues, recast as Duke’s Place, opens the album with trilling clarinet from Bigard, Ellington’s semi-stride piano and superb walking bass from Herbert. Other highlights include Armstrong’s masterful two-chorus solo on Black And Tan Fantasy, The Beautiful American (which was composed on the spot by Ellington) and I’m Just a Lucky So and So, in which Ellington uniquely accompanies a singer (in this case Satchmo) without any ensemble support.

The sound on Great Summit is clear as a bell. The 10 tracks were originally issued by Roulette under the title Recording Together For The First Time. Seven other tracks from the same session came out later as The Great Reunion in 1963. Those seven don’t appear here but instead we have the bonus album Paris Blues – Ellington’s complete soundtrack of the eponymous 1961 film that featured Armstrong and starred Paul Newman and Sidney Poitier as expatriate jazz musicians. Also there’s two additional bonus tracks – all good stuff!