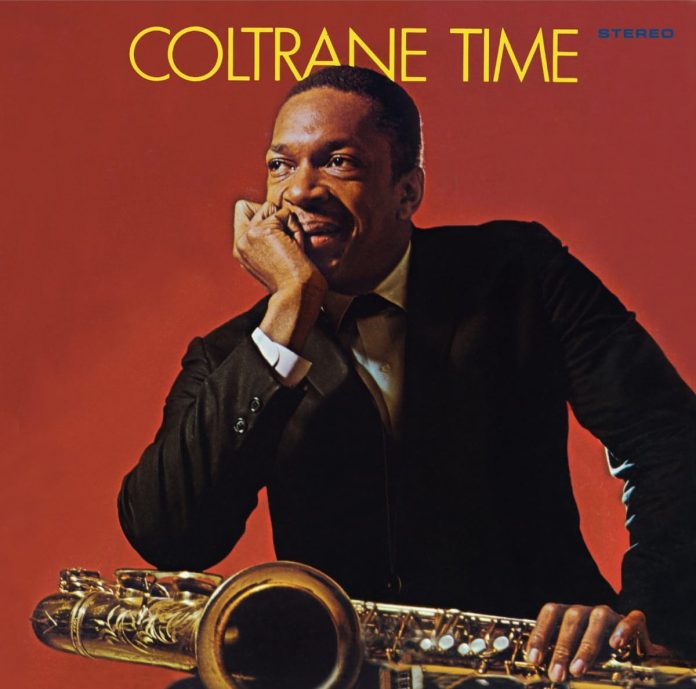 Coltrane Time has a convoluted discographical history: recorded for Vanguard, credited to the Cecil Taylor Quintet and released on United Artists as Stereo Drive (stereo LP) and Hard-Driving Jazz (mono), reissued by UA in 1962 as Coltrane Time credited to John Coltrane (who had been billed as “Blue Train” on the previous issues to circumvent contractual issues) and in 1991 issued on CD on the revived Blue Note label, by then an EMI marque. Now here it is again, with a motley assortment of bonus Coltrane tracks, on EJC.

Presumably someone at UA wanted to make Taylor more palatable to the average jazz buyer. His music was already regarded as somewhat scary, whereas Trane was still generally considered a modern-mainstream player, sheets of sound and all, with classics like Kind Of Blue (as a member of Miles Davis’s band) and his own Giant Steps and Coltrane Jazz still a little way in the future.

It is perhaps a little ironic, given the direction Trane’s music would be taking within the next three years, that he had called Taylor’s playing “too complicated”. (He subsequently came to admire the pianist’s work.) Taylor had wanted Ted Curson on trumpet and he and Dorham seemed to have had little or no respect for each other. At the time of this session, Hayes was with Horace Silver’s group. Israels was making his recording debut.

I first read about the album in my early jazz exploration days when trying to complete my collection of Coltrane’s Prestige and Atlantic recordings. The general opinion seemed to be that Coltrane Time was a sub-standard oddity that could be passed over. When I eventually heard it I felt that the general consensus was unfairly dismissive, although I think only completists will regard it as a “must-have”.

It’s not a bad session, but does sound a bit like a rehearsal, with everyone holding back. Only Israels sounds really at ease. Dorham nearly takes flight here and there but generally seems to be making a point to Taylor, implicitly criticising and hampering the pianist’s moves away from bop orthodoxy. When comping Taylor sometimes sounds more like Thelonious Monk than himself, and there was nothing to compare with his wonderful 1960 recording of This Nearly Was Mine or classics like Unit Structures. Most of the best playing is on Israel’s composition Double Clutching. Like I said, it’s not a bad session but it falls short of the classic you might have expected from a clash of titans.

The random selection of bonus tracks, occupying half the CD, shows Coltrane on much better form, in a variety of contexts and including some very tasty blues playing. These performances would be worth getting the album for, with Coltrane Time itself as an intriguing bonus.