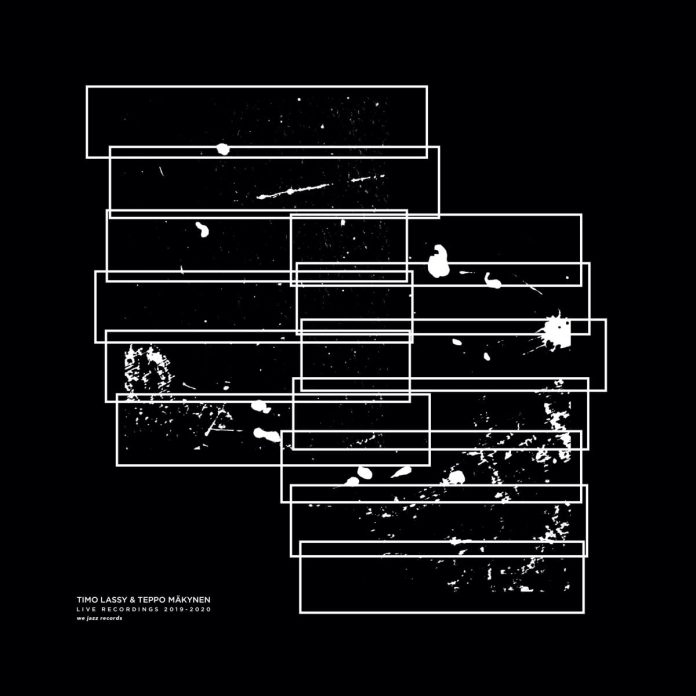 After reviewing Lassy and Mäkynen’s eponymous and award-winning debut recording in 2019, I was delighted to get my hands on this newly released companion piece. The two protagonists are of course no strangers, playing together for many years in the Five Corners Quintet and Lassy’s more straightahead formations. They are mainstays in the roster of Helsinki artist-led collective WeJazz, and their soulful, searching and stripped-back music exemplifies all that is good in contemporary Finnish jazz.

As the album’s no-nonsense title suggests, the programme consists of handpicked live recordings made in Porvoo and Helsinki between 2019 and 2020. Each track has been brilliantly mastered by Pauli Saastamoinen, bringing a real sense of flow and continuity to the programme.

Unlike the duo’s debut, which was very much a studio sketchbook in which brevity was the order of the day, Lassy and Mäkynen’s ideas are here developed into significantly lengthier and more complex narratives.

Many of the titles should be familiar, having appeared on the studio set, but whereas the earlier album fell into two distinct halves – acoustic and electronic – the live recordings are for the most part raw and unvarnished. If the instrumentation perhaps suggests a homage to Coltrane and Ali, only the forthright exchanges of Liberty and Telemagenta really approach that same febrile plasticity of sound.

Zomp digs deep into soul-jazz and funk, while Fallow has a restraint and economy typical of the best Scandinavian free-balladry. Aero has an almost zen-like stillness, its ambient qualities accentuated by use of reverb and delay, while Kobi is all about Mäkynen’s hypnotic and slowly intensifying rhythmic patterns. The riff-heavy Calling James, a fans’ favourite which has already been released as a single, is given a scintillating extended treatment that illustrates just how deep the duo’s natural rapport now runs.

Available as a generously proportioned double LP with coloured vinyl or as a max-playing CD, Live Recordings 2019-2020 consolidates the already formidable achievements of Lassy and Mäkynen’s justly acclaimed debut.