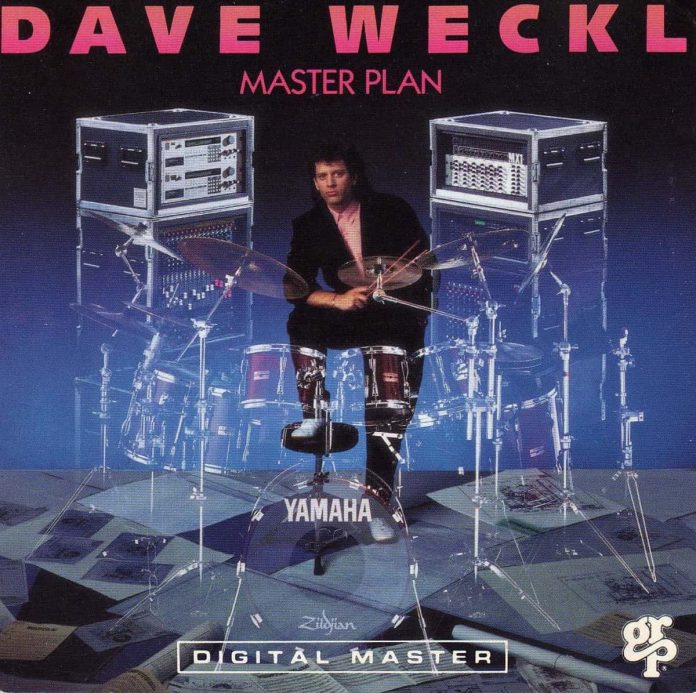 Dave Weckl is the latest member of Chick Corea’s Elektric Band to produce his own showcase album on GRP. It follows a pre­dictable formula, juxtaposing model renditions of funk (Tower), reggae (Here) and ersatz samba (Ritmo) with a modern piano trio (Softly), an Ivan Lin-like wordless vocal (Auratune) and a typically intriguing Chick Corea suite (Master Plan) without demon­strating either originality or con­sistency of style.

There are highlights, such as the opener, where Weckl displays an uncanny ability to rock and swing simultaneously, maintain­ing a continual flow of punctua­tions from the snare drum while marking regular time only with the hi-hat, and where Hey and Reichenbach’s dubbed horn sec­tions are full of punching brassy brilliance.

Chick Corea’s suite is also appealing, evolving, like so many of his compositions, in a deceptively compelling manner; funk drummers will find a special attraction here in Weckl’s meet­ing with Steve Gadd. And lovers of a good bottom end will no doubt feel drawn to a number of appearances by electric bass indi­vidualist Anthony Jackson.

Like all GRP product, this is technically unimpeachable, both in terms of performance and pro­duction, if somewhat short on imagination and emotional depth.