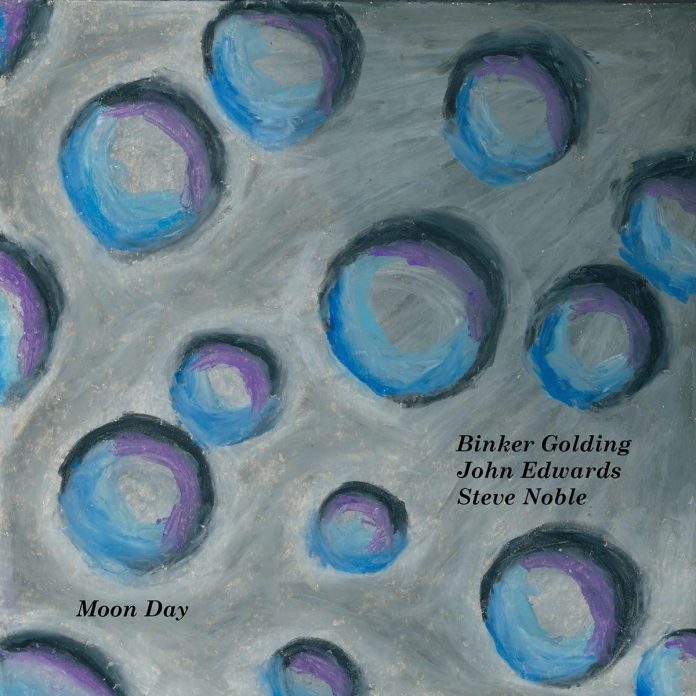 It’s 60 years or more since Ornette Coleman presented his version of the shape of jazz to come and 56 between John Coltrane’s appearance in Walthamstow on a Norman Granz tour in 1961 and saxophonist Evan Parker’s free-improv recollection of the event in a trio with bassist John Edwards and guitarist John Russell. Edwards, who plays on Binker Golding’s new album, is the link with the past. Coleman opened a gate on to uncertain terrain where embattled standard-bearers still hold their ground. Some of the standards are tattered but still fluttering.

Then Golding began winning awards. He can do no-holds-barred as well as calm melodic. His last album, Abstractions Of Reality Past And Incredible Feathers, found him in quartet mode and arriving at a different place from the more febrile ones he’d occupied with duo partners Elliot Galvin (piano) and Moses Boyd (drums). Binker & Moses became almost a brand for the Gearbox label, but ByrdOut Records (“from electronic to experimental”), which also recorded that Evan Parker tribute, comes up with Moon Day as a new spaced-out direction.

Space is the operative word. Only in its uglier manifestations has free-improv been stand-and-deliver without shape. But Moon Day, like a moon shot, literally pushes boundaries. Cynics might say that the lengthy duration of most of the tracks is what happens when unfettered improv is given its head. But Golding and company construct sonics that are all of a piece and invoke Coltrane, Sonny Rollins, literal space exploration, and what the album calls the “post-truth zeitgeist”, a reference to fake news and an infamous report of 1835 which claimed there was life on the moon. That, of course, was a hoax, not an “alternative” fact.

The creations and interactions of the trio members are variously eruptive, cooperative and competitive, with Golding on tenor and soprano heading forays into the cosmos and engineering smooth re-entries encouraged by the range and virtuosity of his colleagues, from Edwards’s squealing arcos to Noble’s hissing cymbals and probing polyrhythms. They have much to do as their leader heads off on different routes, embracing voluble intensity, chirruping good humour, soaring lyricism and, in For S.K., a galvanised near-elegy maybe for another UK-Caribbean jazz musician, Shake Keane (I’ve asked but no-one’s answered). Golding even manages to make his horn sound like a trumpet on part of that track, unless that’s too fanciful an observation for a tribute to a trumpeter. The saxophone, that most ubiquitous of modern jazz instruments, continues to do Golding’s inspired bidding.

John White - 04 September 2020
Ahmad Jamal is now an active and still creative 90 year-old pianist. Most of these early and seminal recordings have been frequently reissued, and almost universally commended. In the...