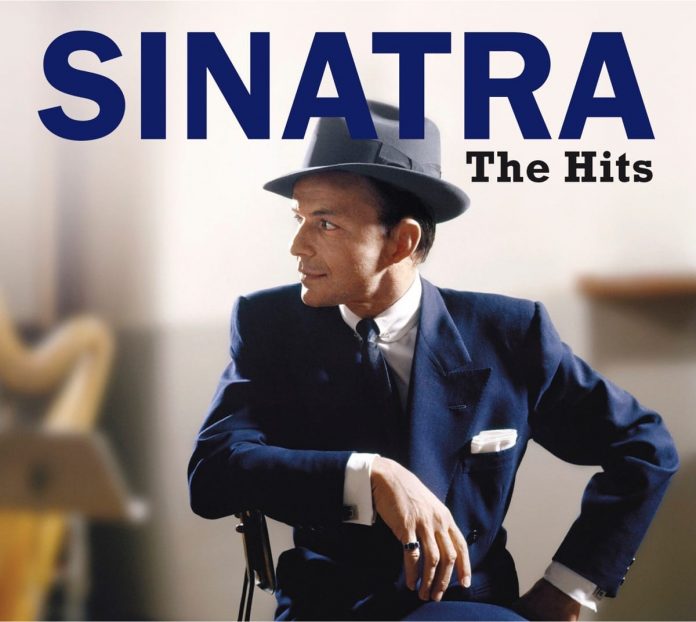 Ageing Frankophiles will already own (and repeatedly play) some of the 16 albums represented in this excellent anthology. They are All The Way, This Is Sinatra!, This Is Sinatra Volume Two, A Swingin’ Affair!, Songs For Swingin’ Lovers!, Sinatra Sings Of Love And Things, Nice ’n’ Easy, Look To Your Heart, Come Fly With Me, In The Wee Small Hours, Everybody Loves Somebody, Songs For Young Lovers, Frank Sinatra Sings The Select Cole Porter and Only The Lonely (recorded in Hollywood for Capitol between 1953 and 1962) plus two early releases on Sinatra’s own Reprise label – Ring-A-Ding-Ding! and Sinatra And The Swingin’ Brass. The several orchestras are conducted by top-flight arrangers, most notably Nelson Riddle, but also include Gordon Jenkins, Billy May, Johnny Mandel, Sy Oliver and Don Costa. The compilers have sensibly arranged the selections into three categories: Swing Time, Ballads and Movie Themes.

Most critics rightly consider Sinatra’s years with Capitol (1953-61) as his “classic” period. Chris Ingham, author of one of the best (and shortest) analyses of Sinatra’s oeuvre (The Rough Guide To Frank Sinatra: The Songs, The Films, The Style), asserts that “until it ended in tears” in 1962, Sinatra created “imperishable, timeless long-playing classics that represented the height of pre-rock pop music”, and was at his creative peak as a vocalist. Unfortunately, this compilation doesn’t include selections from Swing Easy, Where Are You (his first stereo recording), Only The Lonely, or No One Cares. Again, post-1962 Reprise sessions, such as I Remember Tommy, Sinatra-Basie, and Francis Albert Sinatra & Antonio Carlos Jobim would have been welcome additions to the project.

But to consider (briefly) some of the 75 selections under consideration: Swing Time has “The Voice” at his rhythmic and authoritative best, with the good offices of Nelson Riddle, and trumpet interpolations from Harry “Sweets” Edison. No one else has been able to claim ownership of such titles as I’ve Got The World On A String, I Won’t Dance, I’ve Got You Under My Skin, Nice ’n’ Easy and In The Still Of The Night. On Something’s Gotta Give and Come Dance With Me, Frank is propelled by, and responds to, Billy May’s dynamic orchestrations. That said, all of these tracks display Sinatra’s impeccable diction, melodic inventiveness and jazz-derived inflections. What’s not to like?

The 23 Ballads lower the temperature, but intensify the atmosphere, for example, In The Wee Small Hours Of The Morning, The Second Time Around, One For My Baby (And One More For The Road), Guess I’ll Hang My Tears Out To Dry or I Get Along Without You Very Well. Harold Arlen and Johnny Mercer’s Come Rain Or Come Shine, orchestrated and conducted by Don Costa, must count among his finest latter-day studio performances.

The Movie Themes are only slightly less rewarding, partly because of the banality of some lyrics taken from movies that Sinatra appeared in. Two also-rans are Three Coins In The Fountain from the eponymous film, and Not As A Stranger (ditto). But the remaining performances are in Duke Ellington’s phrase “beyond category”. Forced to choose, I would pick I Could Write A Book (Pal Joey), Just One Of Those Things (Young At Heart), the original version of The Lady Is A Tramp (Pal Joey), and All My Tomorrows (A Hole In The Head).

A worthwhile purchase, then, for those who have worn out or don’t possess the original LP albums. Remastered CD sound and handsome packaging add to the attractiveness of this set, but an elementary biographical essay by Martha Allen fails to mention any of “The Hits” reprised (pun intended) on these seminal recordings.

Discography
CD1: [Swing Time] I’ve Got the World On A String; You Make Me Feel So Young; Learnin’ The Blues; I Get A Kick Out Of You; Won’t Dance; From This Moment On; Come Fly With Me; (Our) Love Is Here To Stay; I’ve Got You Under My Skin; Too Marvellous For Words; I Wish I Were In Love Again; They Can’t Take That Away From Me; (How Little It Matters) How Little We Know; Something’s Gotta Give; Come Dance With Me; Nice ’n’ Easy; In The Still Of The Night; Without A Song; At Long Last Love; Oh! Look At Me Now; Witchcraft; Anything Goes; Don’t You Go ’Way Mad; Love Walked In; Tangerine; How About You? My Blue Heaven (76.45)
CD2: [Ballads] In The Wee Small Hours Of The Morning; Moonlight In Vermont; Put Your Dreams Away; Angel Eyes; Guess I’ll Hang My Tears Out To Dry; The Love Of Mine; Memories Of You; Where Are You?; Why Try To Change Me Now; My Funny Valentine; Last Night When We Were Young; I Get Along Without You Very Well; One For My Baby (And One More For The Road); The Nearness Of You; I’ve Got A Crush On You; The Second Time Around; Come Rain Or Come Shine; The Girl Next Door; Stardust; I’m Getting Sentimental Over You; Only The Lonely; Sentimental Journey; My One And Only Love (78.39)
CD3: [Movie Themes] The Tender Trap; From Here To Eternity; I Love Paris; How Deep Is The Ocean; Night And Day #1; Laura; I Could Write A Book; All The Way; Young At Heart; Not As A Stranger; Chicago; Bewitched, Bothered And Bewildered; Three Coins In The Fountain; Just One Of Those Things; All Of Me; Someone To Watch Over Me; I Couldn’t Sleep A Wink Last Night; You’re Sensational; It Happened In Monterey; I Believe; What Is This Thing Called Love?; Night And Day #2 The Lady Is A Tramp; I Didn’t Know What Time It Was; All My Tomorrows (77.10)
Sinatra (v) on all tracks with orchestras conducted by Nelson Riddle, Gordon Jenkins, Billy May, Johnny Mandel, Sy Oliver, Don Costa and Morris Stoloff. Hollywood, 1953-1962.
New Continent 648059