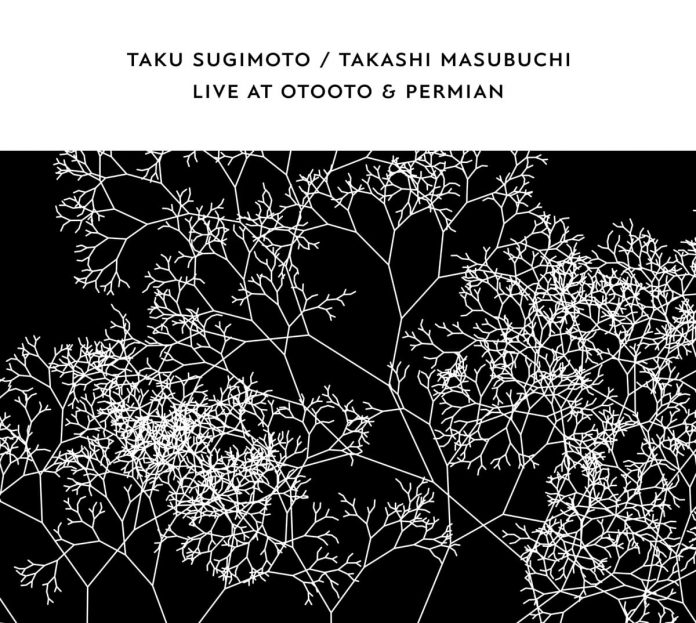 Music is about connections in the sense that musicians and composers make contact with the listener. In contemporary music there is always a further element involving bridges between the different stages of an evolving genre. There may be no relationship between Little Richard and Schubert or between Schubert and Duke Ellington.

We seek one between Schubert and Milton Babbitt as a component of so-called “classical” music. But Babbitt and his kin are part of a parallel evolution of electronic music that may embrace some of classical music’s concerns with form and timbre before the similarity ends abruptly.

That introduction might be an example of what the American critic Charles Rosen called “elegant deferral”, in which a writer rambles about something in the hope of postponing the duty of having to confront and evaluate it. It’s a feeling engendered by this album of music by a pair of Japanese guitarists recorded as a live duet at two clubs in Tokyo.

Sugimoto plays electric guitar and Masubuchi acoustic. Confront Recordings has a catalogue of electronic/avant-garde music. To its devotees, Sugimoto and Masubuchi are probably staple. On its roll-call is Welshman Rhodri Davies, one of whose performances involved “disassembling” his harp.

Live At Otooto & Permian might be a typical Confront product but is it jazz, even in its free-wheeling guise?

Thirty minutes were recorded at three Otooto sessions and almost 20 at Permian’s two. Embracing it as a whole one seeks but finds no aim, parameter, resolution or audience. As pure sound – Sugimoto’s tortured metallica squealing from his own tunings and Masubuchi’s more stable interpolations lodged in equally divided semitones – the results are interesting but not enthralling. It’s as if the acoustic is setting an example which the electric is reluctant to follow. Take it or leave it.

Jazz is more often than not about someone, even if it’s only the musician, who can be closely linked to a tradition and a history. That’s not a criticism of this Japanese pair, but raises the question of whether or not they should be reviewed in a jazz magazine – which they will be, because of the issues here raised. The guitars and their allusions to existing forms of music might be a giveaway: super-remotely the blues, for instance. But my feeling is that they belong in a different category, and should be judged accordingly without their star-rating being affected. If they call themselves jazz musicians, however, it’s a problem for those on the receiving end.

Michael Tucker - 08 July 2022
I waxed lyrical about the Zurich Jazz Orchestra's Dedications from 2020 – an album so good that it led me to compare its multi-stranded achievements with Change Of Scenes...