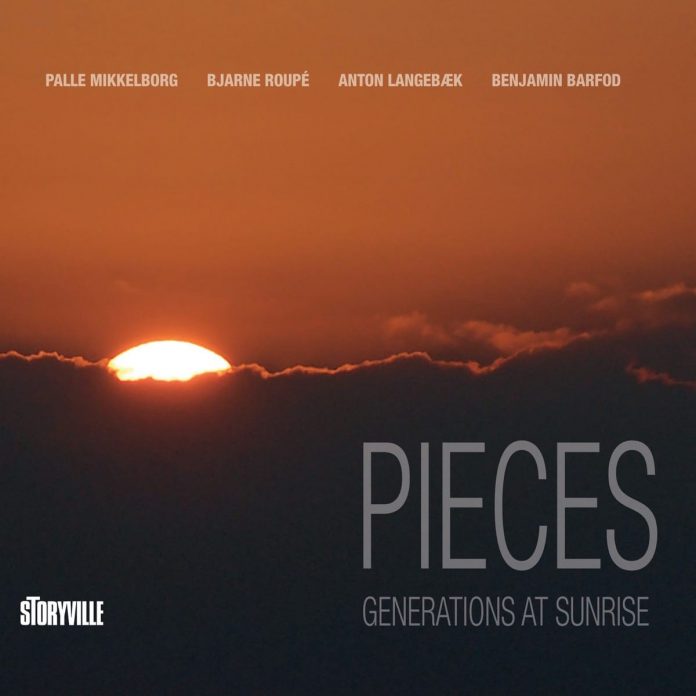 Oh boy … just how good can it get? Here are 40-plus minutes of pure joy, taken from a crystal-clear, chamber music-like Danish club performance of 2016. The press release describes Pieces as “the meeting of two generations: the experienced and mature (trumpeter Palle Mikkelborg and guitarist Bjarne Roupé) and the young and ready (bassist Anton Langebaek and percussionist Benjamin Barfod)”. One could speak also of a meeting of genres: modern jazz classics, the subtlest jazz-rock, the folk-limned and the freely cast.

The result showcases both individual playing and group interaction of the highest order. Throughout, Barod is a model of tasty touch and finessed colour, while Roupé joins Mikkelborg in evincing a consummate sense of when to mix or move between pure melodic line and atmospheric electronic wash.

I say “long-familiar pieces” but all three such items here are made distinctly fresh, even as the character of the originals is respected. The theme of Witchi-Tai-To only emerges at the end of the tenderly rendered piece, with the interaction of Roupé and Langebaek as compelling as Mikkelborg’s final, spaciously cast and ever-building solo.

Eden Ahbez’s Nature Boy and Coltrane’s Naima are equally refigured, their striking shifts in dynamics, voicings and rhythmic impetus so vivid as to invite immediate re-listening. As indeed does the whole of this surpassing set.