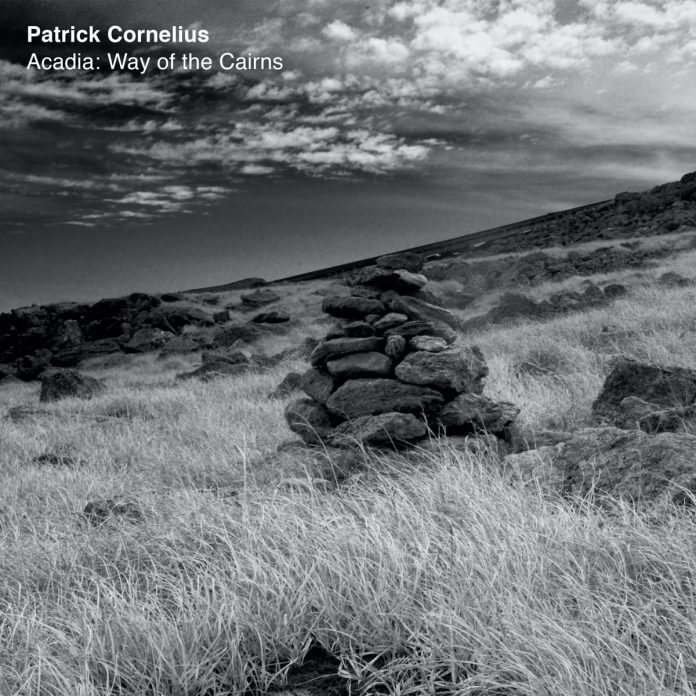 In the past, when jazz musicians rolled across open country on tour they were often asleep. Now, in keeping with political greenery and the search for fresh impetus, the country is embraced as jazz inspiration. The idea of Art Blakey’s Jazz Messengers on a male-bonding hike across the Appalachians might not spring to mind but the members of Acadia, the quartet led by New York City alto saxophonist Patrick Cornelius, are still messengers in a way, talking to us of the cairns of Acadia National Park in northern Maine.

Acadia the band used to be the TransAtlantic Collective, which gave 100 concerts in eight countries for three years from 2006. The album thus reunites Cornelius with bassist Michael Janisch, pianist Kristjan Randalu and drummer Paul Wiltgen.

The problem with music inspired by something outside music is that the listener searches for links, and tries to measure its success in extra-musical images. Best leave such connections to the composers.

Cornelius wrote seven of the charts, and Randalu and Wiltgen one apiece. Star Party might suggest revels under a clear night sky. It’s typical of the way Janisch, Randalu and Cornelius often cosy up to each other, sometimes in unison, before opening out in various ways. It also pays attention to how a tune begins and ends; Randalu is in at the start and tails off with a beautifully plaintive postlude.

The title track offers greater outdoor associations in its interplay and sense of movement, with Wiltgen the busy back-marker, to use a rambler’s term. It opens out half way along in what might be a vista passage and there’s conversation between sax and piano as the four stride out, maybe towards Blueberry Mountain with its sprightly exchanges and its evidence of how the jaunt is going to stand or fall by Wiltgen’s fizzing enthusiasm. Cymbals and arco bass feature on the lazy, hazy day promised by Seawall Sunrise – another tune ending as it began – while Janisch leads boldly on Darkest Night and grows even more intrepid until all come together before piano and drums offer a reminder of what might lie in wait.

Randalu’s Valse Hésitante is just that – an interrupted three-in-a-bar – and also suggests that walks on the wild side may not follow the picnic plan, in the same way that the agitato of On The Precipice connotes anxiety and Wiltgen’s Ten Years Later, with its sober chordal progress, could indicate concern for the future. Cornelius makes a liner appeal for conservation of the places he’s seen fit to commemorate in music that’s rich in mood and texture, and flawlessly performed and recorded. We’re all in this together, as Acadia is in the essential collectivity of Personal Beehives.

Simon Adams - 24 May 2021
Bassist Michael Formanek is well known for his association with Tim Berne, Marty Ehlrich et al, as well as his current membership of Thumbscrew alongside Mary Halvorson. His young...