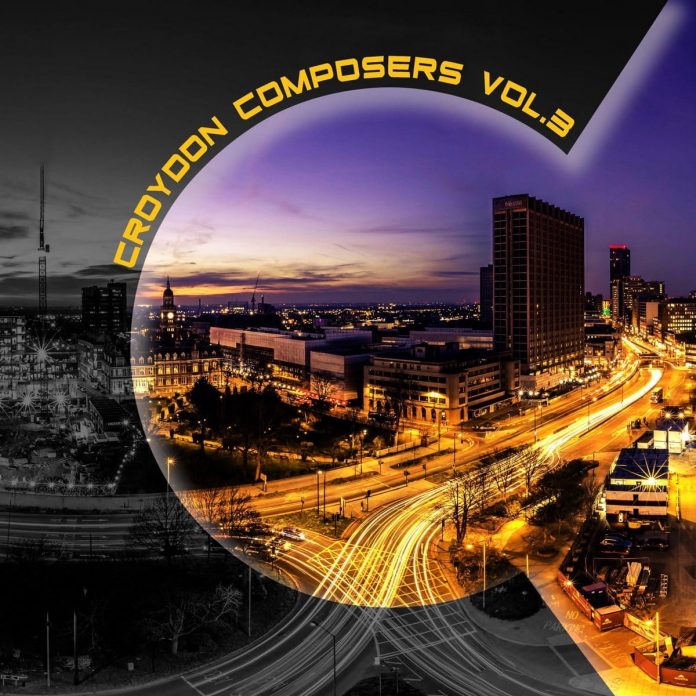 In my 18/03/20 profile of the Bengaluru-born, Mumbai-raised and Croydon-domiciled Shri Sriram, the electric bassist spoke of how his attitude to music could be summed up by the words “openness, absorption and development”. Croydon Composers Vol. 3, where the Drum the Bass man functions as multi-instrumentalist, mentor and executive producer, exemplifies the fruits of such an attitude.

The Croydon Composers project was set up by Shri’s wife Shirin in 2017 with a central emphasis on cross-cultural and cross-genre collaboration. Following a range of successful concerts and the two previous Croydon Composers albums, the latest volume is an inspiring response to the restrictions on performing caused by the present Covid-19 situation. With key support from further Croydon Composers partner Michael Fuller, it features 25 musicians from Croydon Composers Online and covers a remarkable range of material, as intelligently programmed as it is crisply and richly recorded.

For all the diversity of means and manner – which embrace the sacred and the profane, jazz and rap, ostinato groove and rubato reverie, love song and philosophical query, classical Indian vocal invocation and rhythm and BLM socio-political protest as tough as it is piquant – Croydon Composers Vol. 3 comes over as a flowing and fully integrated project.

This will come as no surprise to anyone who knows Shri’s 2015 award-winning Just A Vibration – where Indian classical and street music fuse with northern English brass-band traditions – or the more recent and similarly wide-ranging and well-received The Letter with, a.o., Tore Brunborg and Ben Castle (s), Arild Andersen (b) and Bugge Wesseltoft (kyb). Major force that he is here on bass, percussion and Indian flute (hear him drive the latter stages of the full-on, funky Mind Run Free!! with noted trombonist Dennis Rollins, or blend bowed Carnatic figures and a deep groove to complement Chaitra Joshi’s superb, soaring vocal on Let Me Fly Free) Shri is but one of many striking contributors to this cornucopia of multi-hued groove, reflection and – above all – life-enhancing affirmation.

Sample the Danny Thompson-like appeal of Bellatrix’s spacious bass foundation within the lilting folk-jazz ambience of the kora-caressed Dare You; the transition in Samageeta from the interplay of Prathap Ramachandra’s South Indian percussion and Roland Perrin’s atmospheric keyboard textures to some tasty pedal-point piano and subsequent, astutely judged forcefulness of rhythmic release from Perrin, the whole underpinned by Shri’s authoritative anchoring figures; or relish the blend of meditative inwardness and rocking release in the mix of Rajesh Raman’s vocal invocation and Marcus Cliffe’s bold electric guitar figures on The Hour Of Separation – the ringing, singing clarity of Cliffe’s lines recalling Stan Samole’s work on Don Cherry’s Asian-inflected Hear And Now of the late 1970s.

If you warm to such culture-bridging work by Cherry, including his surpassing Sangam (Meeting/Confluence) with Latif Khan (pc) – or if you have enjoyed John McLaughlin’s latest (and excellent) album Is That So? with Shankar Mahadevan (v) and Zakir Hussain (pc) – then Croydon Composers Vol. 3 is for you. Fabulous stuff.

Michael Tucker - 31 October 2021
The title of this terrific, two-drummers-led session from Stockholm's legendary Fasching club could be translated as “Warning: Wild Life”. Appropriately enough, the cover of the digital release depicts a...