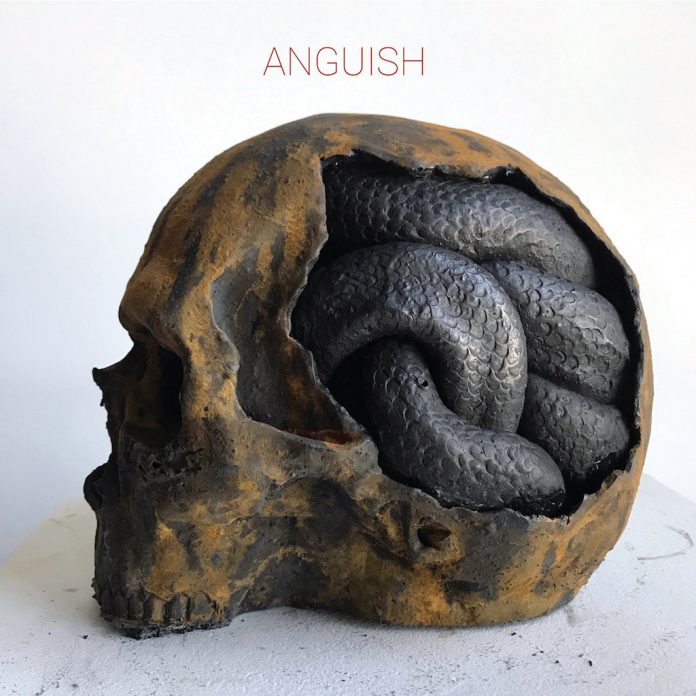 RareNoise, true to their name, specialise in bringing people together in fresh configurations and Anguish may prove to be one of the freshest and best executed. Take two-thirds of the Fire! Trio, mix with members of abrasive and experimental hip-hop outfit Dälek, and season with a founding member of Faust.

From the very first sounds of Vibrations, we’re immersed in some kind of near-future sci-fi dystopia. Think a grittier Blade Runner with crackling electronics and Mats Gustafsson’s eerie, treated tenor. This is 21st century noir, a doom-jazz assembled from the remnants of a crumbling world. It’s raw, industrial, a broken world – in other words, anguished.

When the vocals kick in, in Cyclical/Physical, they fit the music like a glove. No polite hybrid of styles this. No, what we get is an elegant Frankenstein’s monster, charged up with voltage, grasping instantly the circumstances of its patchworked resurrection, wounded but possessed of the power to reveal unwelcome truths. Just the sound of Brooks’ voice backed by a churning guitar drags rusty fingers through your neurons. Brooks’ delivery is pressured, as if there are too many words bursting to be free but too little breath to utter them all, surrounded by dense, claustrophobic walls of sound.

Picking out highlights is an impossible task. Each track carries an equivalent moody sonic intensity, bruising on impact, but manages to stand alone, unique: rhythms, synthesizers, words, reeds and drums perpetually recombining, each song a facet; each a depressing view picked out in harsh, defiant colours.

This is not an easy or safe jazz + hip-hop project. Here rap, doom metal, kosmiche, and abstract jazz collide and merge, chances are taken, safe is not played, and the result is a dark, hypnotic vision.

Matthew Wright - 03 August 2019
At the time there was a question mark over the pairing of the forthright, blues-orientated Adderley and Evans, known for his reflective, impressionistic approach. Odd, as they had worked...