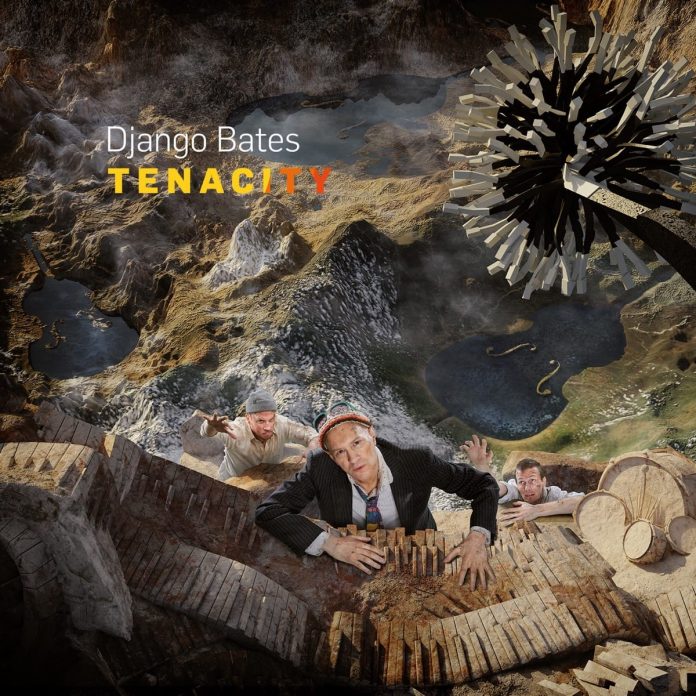 Collectivity – as in Django Bates’s Loose Tubes, the Willem Breuker Kollektief and the Hackney Colliery Band – is a jazz style defined by how much the music sounds as if it’s being invented as the players move carnival fashion to the bandstand or the studio. Like all seemingly anarchic performance, it stands, falls, or totters on an understanding of its invincible high spirits and underlying discipline.

Fun – though not levity – has never been far down on Bates’s list of essential musical ingredients. It’s notable here in the dissection of Donna Lee, suggesting there must be more than one way of turning something inside out, or the possibility of there being more insides to turn out than one. Among the sonic additives in an arrangement that perceptively features Petter Eldh’s fast-foraging bass are an overstrung piano and some “offstage” goings-on down the left channel. Anything of the original is accommodated in, or stretched across, a framework that’s all Bates’s own.

Bates’s up-and-at-’em style might be the ideal medium for jazz lampooning. Laura, referring in this context to Parker with strings, starts out respectfully enough among all concerned before things go cross-country. Are the noises fetched from the throat of the piano or slithered on the bass meant to extend musical meaning or poke fun? Star Eyes finds him on a poetic quest, something that comes easy and surprisingly often to a musician and arranger in sure command of an otherwise busy and sometimes raucous armoury. Similar sentiments are pursued on Parker’s Ah Leu Cha, in an arrangement that closes with the trio’s haunting vocalese and subdues forces that mostly prefer to be off the leash.

They are running free on We Are Not Lost, We Are Simply Finding Our Way, a Bates composition whose exploratory open-endedness is jokily summed up by its title. Tenacity the chart is played last. It’s just as irrepressible but recalls Bates’s brief opening prelude, Cordial, to tie things together. That reflects the control underpinning an album that can sometimes appear to be jostling against flimsy parameters. Within them, however, Bates juggles with time, colour, sentiment, and tempo in a way that Parker would have recognised and understood.

Matthew Wright - 22 July 2020
The music here is based upon Sunny Jain’s observations of the relocation and settlement (in America) of his family, the associated upheaval and the socio-political...