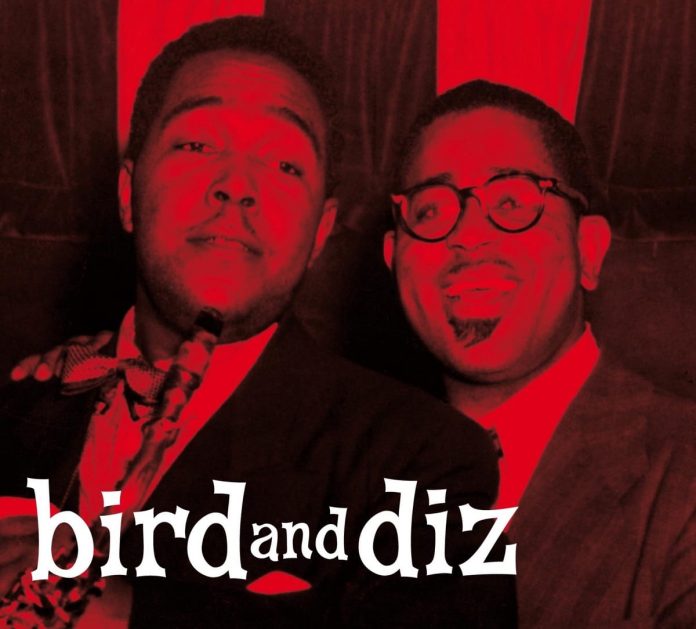 The Parker quartet album I review elsewhere (Bird’s Nest 244105), although not necessarily his greatest, reveals that Parker was assuredly the most daring soloist that jazz has produced and that some deity had chosen to give him the facility to translate that imagination for us mortals. I expect to do my time in purgatory for saying that he was better without Dizzy Gillespie. And add an extra decade or so to my sentence for saying that he was given a more stable platform when he had Miles Davis and Max Roach in his group.

From another angle, it was the Savoys and Dials that caused sensation across the world in 1944-47. By the time Norman got round to it that impetus had largely gone. He chose Monk “who at that time was a lesser light in jazz but an important one”. Monk and the rhythm section are faultless, backing Norman’s judgement. The two horns must have known each other’s playing inside out by this time, and their anticipation sometimes seems supernatural.

Bird and Dizzy became lifelong friends and Dizzy himself was one of jazz’s most prescient inventors and arrangers. It was his misfortune to be standing in Parker’s shadow. But Dizzy’s technique was so great that many of those who tried to copy him switched to copying someone less daunting instead. Dizzy’s feeling for harmony and time was such that for practical purposes comparisons of technique between him and Charlie became irrelevant.

The improvisations come pouring out of Gillespie and Monk as well, helping to make all the alternatives indispensable to the collector, although it has to be said that even at this level, one can see why the originals were used and some of the ensembles weren’t as cohesive, but there’s nothing to mitigate against buying the album – and you’re not going to find this coward trying to criticise any of Charlie’s solos.

At the (3) session nine versions of two tunes called Passport were recorded. The last two tracks here are full versions of each tune.