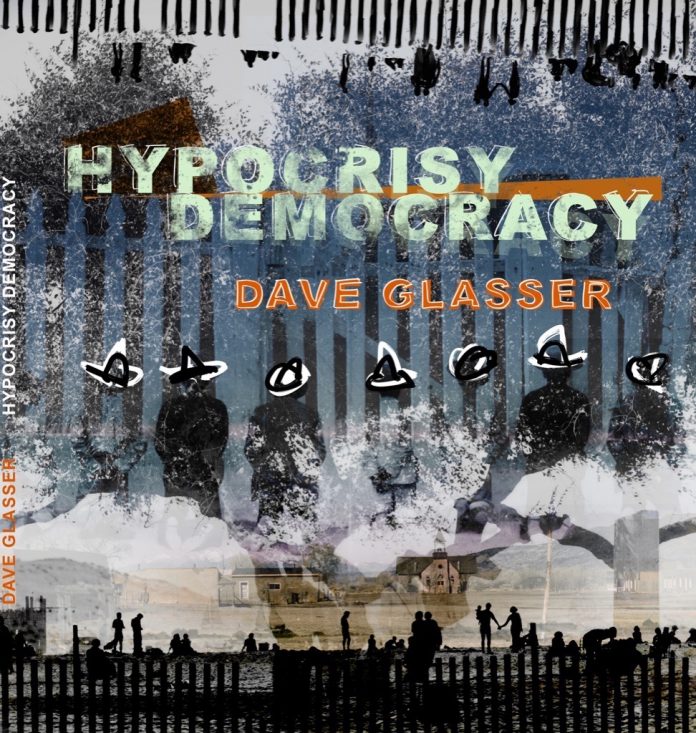 Glasser refers to what he sees as a never-ending struggle between anarchy and hierarchy in the notes on the double gatefold sleeve for this CD, but considering this is an instrumental set that as far as the modern mainstream goes is a little more memorable than most, I can’t help feeling this amounts to rhetorical overreach. He also writes rather cryptically about the phrase that makes up the title but without shedding any light on why he considers it important.

Any road up, Glasser the alto sax player has repositioned himself within the jazz pantheon on this release as he moves outside of the venerable swing form he might be most readily associated with. Deep Dark exemplifies the individuality of his tone, and demonstrates also that his take on the ruminative is also not without character.

As a title Dilemonk is a little cryptic, but the quartet shows how it’s digested Thelonious’s music to the point where it knows how to put across a beautifully ugly melody before going deep into a mood reflective of that music without descending into mere homage.

To my ear Glasser’s soprano sax playing lacks the character of his alto sax work, but that could be a backhanded compliment in that it could signal his approach to the straight horn is different and thus appreciative of different characteristics. Rightly or wrongly I’ll assume It’s Nothing New is a title free of self-consciousness even though it affords insight into some diversity of approach.