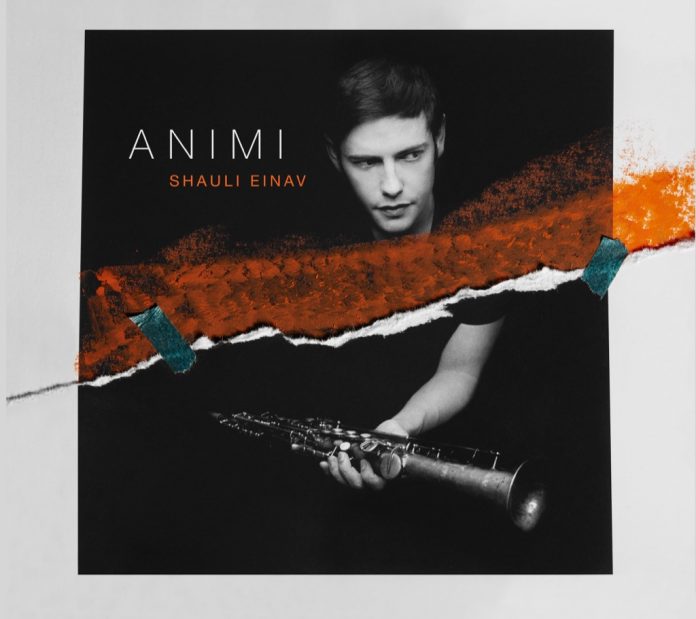 Animi, according to the sleeve note on this release, is a Latin word meaning something like “soul, lifeforce, heart”. The five-piece band heard on most of these tracks is certainly full of strength and power which could, I suppose, be interpreted as such. The band play a type of hard bop moving into free style – a little like the music of leader Einav’s stated inspirations: Eric Dolphy, Bobby Hutcherson and Andrew Hill.

The opening selection, Premonition, blasts off forcefully with a swirling sax solo, trombone in harmony and then a tasty, swinging solo from Collins in vibes. The free playing is heard in the broken rhythms and occasional out-of-tempo passages. Pathways slows down the tempo but there is still a surge of energy from Einav and Hunter and some crisp, flowing vibes from Collins. The rhythm section plays as freely as they can in this setup and keep things moving smoothly most of the time. Still lots of musical energy on display and it is noticeable that although only five musicians are playing the sound is very big overall, more like a mini big band.

Dodo is an attractive theme based on a Dodo Marmorosa improvisation on a Lucky Thompson track in the 1940s. There’s good solo work from the front line and vibes and a definite hard bop flavour to this one. Hasela Ha’adom is one of two melodic ballads included in the programme. One Step Up is given an extra dimension by the exotic addition of Facal Salhi’s oud, a very middle eastern sound.

This is bright, well structured music in the free-bop tradition, well played with plenty of improvisation by Israel-born Einav and his musicians.

Click here for information on how to buy Shauli Einav: Animi

Nigel Jarrett - 19 April 2020
The provenance of at least one track on Roscoe Mitchell's new album says something about the eternal struggle of the new in music to find listeners willing to meet...