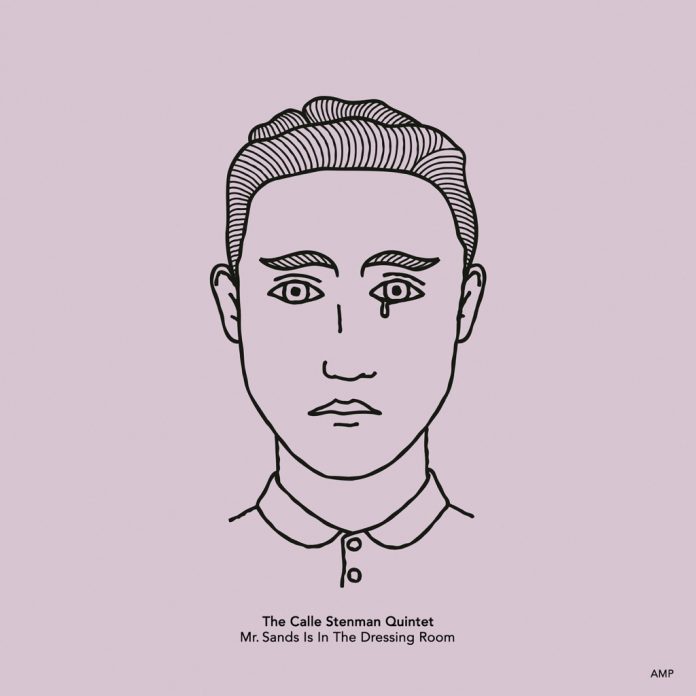 This is the debut release from Stockholm-based trumpeter Calle Stenman. He and his quintet have already been quick to dub themselves “Sweden’s self-proclaimed roughest jazz group”: quite a bold claim given the extensive canon of Scandi-jazz already in existence. On first impressions, this claim seems misguided. The opening track, Teater, is a playful, toe-tapping tune featuring a pleasantly swung clarinet solo by Martin Wirén and an artificial vinyl crackle that creates a sentimental and cosy vibe. It’s something far from “rough”.

However, the group explore a range of styles throughout the album, from hard-bop and blues to cool ballads. An edgier sound to contrast with the album’s opener can be found on tracks such as Jazzkaban, Oh Me? or Oslo’s Nuts, where Stenman’s playing is raw and vocal, perhaps even visceral. As a solo trumpeter, however, Stenman is at his best when the quintet adopt a more solemn, drawn-back attitude. Colombia, Det Är Över Nu and Balladen Om En Trollkarl – the latter seeming to echo the Miles Davis quintet circa 1955 almost perfectly – are all personal highlights.

I am still dubious about whether Sweden’s “roughest jazz group” accurately describes The Calle Stenman Quintet. I might be mistaken about the sense in which the word is being used, but I think it’s perhaps the wrong label. The music of Mr. Sands can at times be rough, but it’s also raw, playful and emotive. This is a well-rounded album, and a fine bandleader debut for Calle Stenman.

Michael Tucker - 16 March 2019
Here is something a touch unusual – and most pleasant. London-based guitarist Dall'Asta  – a crisp and lucid player – got hooked on Django Reinhardt when he was 16,...

Jazz Journal - 24 October 2020
I love this band. During the Cambridge Jazz Festival in August, an excellent three days of joyful sound, I sat right in front of them and had as much...