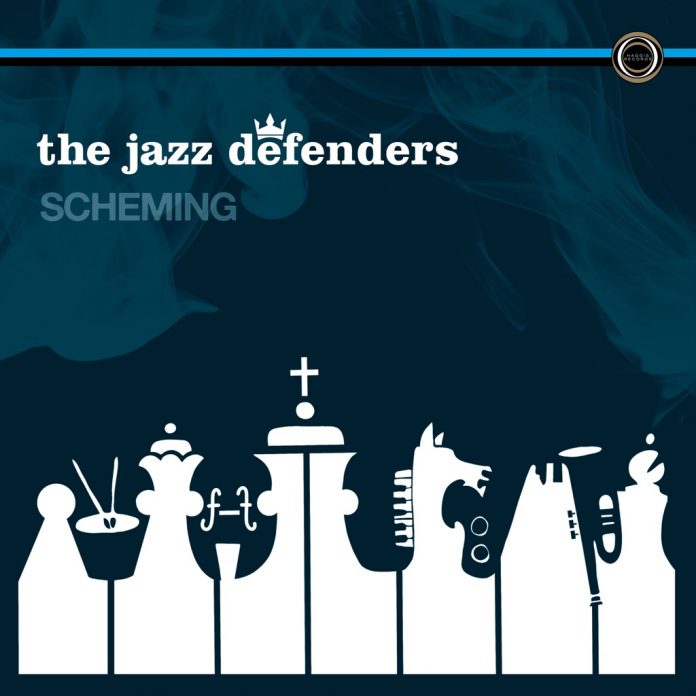 Although still relatively young, pianist George Cooper is well known as a session musician and has worked with a variety of performers. It’s also well known that his interests lie in the Blue Note recordings of the 50s and 60s, and this album is testament to his regard and commitment to that style of playing.

These tracks don’t slavishly reproduce the work of such influential figures as Horace Silver and Art Blakey, but reflect their inspiration for the talented composer Cooper and his fellow collaborators. This is shown in the soulish title track, Scheming, and She’ll Come Around, on which Cooper creates a solid backdrop on organ. It’s also evident on the Latin-flavoured and infectious Costa Del Lol and Late, and on the straight-down-the line hard bop of Top Down Tourism, I Bought It On The Moon and Hawkeye Jorge, while Everybody’s Got Something sounds like a variation on Benny Golson’s Blues March. The ballad Rosie Karima slows down the proceedings – Nick Malcolm soloing with great feeling.

The front horns shine throughout with the power and lyricism of Lee Morgan and Hank Mobley; Nick Malcolm’s trumpet blazing with clear tone and accuracy, Nicholas Dover’s tenor showing force and authority. All the musicians demonstrate a high degree of proficiency and play with spirit and a feel for the material.

Highly recommended to anyone interested in this style and although the band seems to be based in Bristol, I’ll certainly be looking out for a performance in my neck of the woods.

Fred Grand - 27 November 2019
While the influence of John Scofield’s Gramavision years runs through this music like high-voltage current, it is equally true that the great American has seldom played with Lee’s ferocious...