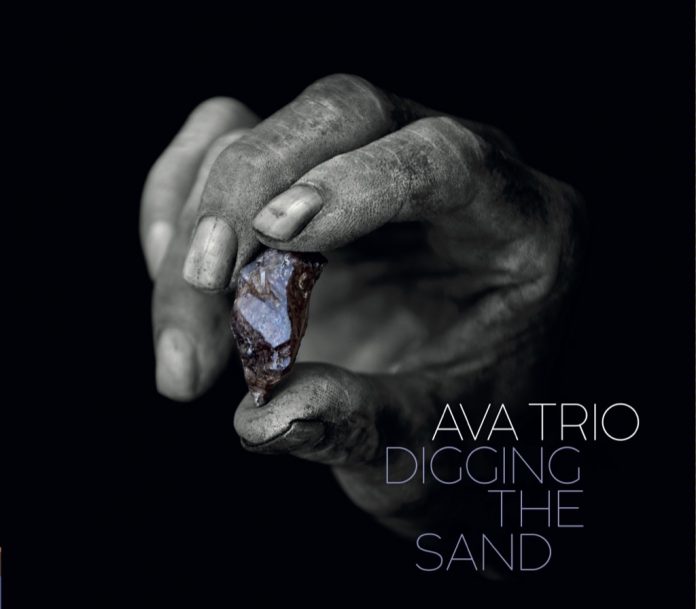 This unusual trio’s debut album Music From An Imaginary Landscape was released to acclaim in 2017, leading to extensive tours in Europe and China. The flowing, modally sprung and atmospherically rich Digging The Sand can only enhance the reputations of three improvisers of refreshingly literate cross-genre experience.

It’s an album of freshly conceived and crafted, yet archetypal, music, rhythmically and melodically engaging in equal measure. It should appeal strongly to anyone who relishes (as I do) the work of France’s Didier Malherbe and the Hadouk Trio – or who has responded positively to a cognate, spiritually questing release like the female French flautist Naïssam Jalal’s 2018 Quest For The Invisible on Les Couleurs Du Son.

The Italian-born, Dutch-domiciled Doronzo is an arresting player whose command of the baritone holds an ostinato edginess and tonal warmth, spacious lyricism and a compulsive (yet patiently fulfilled) rhythmic impetus in stimulating balance.

He is complemented perfectly by the Turkish Ekincioglu and Swiss Basile: their sensitivity to space and sliding intervallic tension, the melding of root figures and enfolding, shifting sonic tapestries (hear the mysterious, arco-underpinned title track) stimulates from first note to last. Sample the 11-minute Fadiouth for a prime example of the vibrant, dynamically unfolding mytho-poetic potency of the music.

AVA Trio: Digging The Sand is available from avatrio.bandcamp.com. For more information on the AVA Trio go to avatrio.com

Nic Jones - 21 June 2021
AMM is one of those extremely rare groupings of which it might be said that its various forms and line-ups are integral to the nature of the music it...