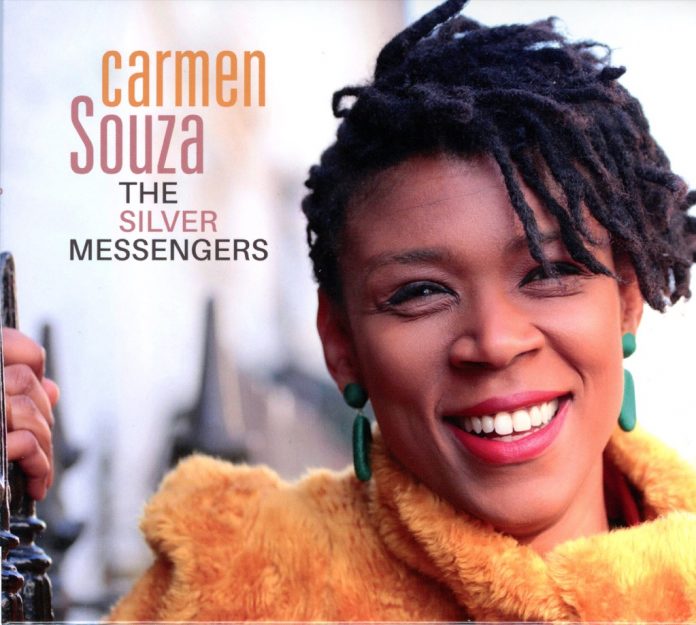 Carmen Souza is from Cape Verde and claims to have found great affinity with the music of Horace Silver, another with close connections to the region. She has chosen eight of Silver’s best known compositions and where none already exist, has added her own lyrics. She has also written lyrics to three originals to fill out the programme with music supplied by Theo Pascal and Moacir Santos.

Kicking off with Soul Searching, in which Horace wrote music and lyrics, she then moves on to the more familiar Jody Grind, again an all-Silver tune. A slow reading of Señor Blues is given a thoughtful performance by the vocalist, who sticks mainly to the piece as written and adds her own guitar and percussion effects.

This is certainly a novel approach to Silver’s well-known repertoire as she and her musicians put a Latin slant on everything but manage to keep the essence of Horace’s music intact. She claims it was her first time singing the blues but “I could sing it all day”. Carmen sings Nutville and has written her own lyrics for this selection, again emphasising the Latin feel. Theo Pascal plays electric or double bass on all tracks and drums are shared between Elias Kacomanolis and Zoe Pascal, the latter something of a rhythmic whirlwind on Cape Verdean Blues.

Silver’s high-quality writing provided a fine body of work for improvising jazz musicians and it is surprising that not more of them have played his music. This programme is laid back and rarely rises above medium tempo performance but it is a new take on some familiar jazz writing. The originals follow much in the manner of the rest of the songs and do not sound out of place. The appeal to jazz enthusiasts will depend mainly on how much they enjoy jazz with a strong Latin flavour.

John Adcock - 08 January 2022
Landgren’s first solo album came out of lockdown. Unexpectedly finding himself at home and unable to travel and tour for months, he came up with the idea of playing...