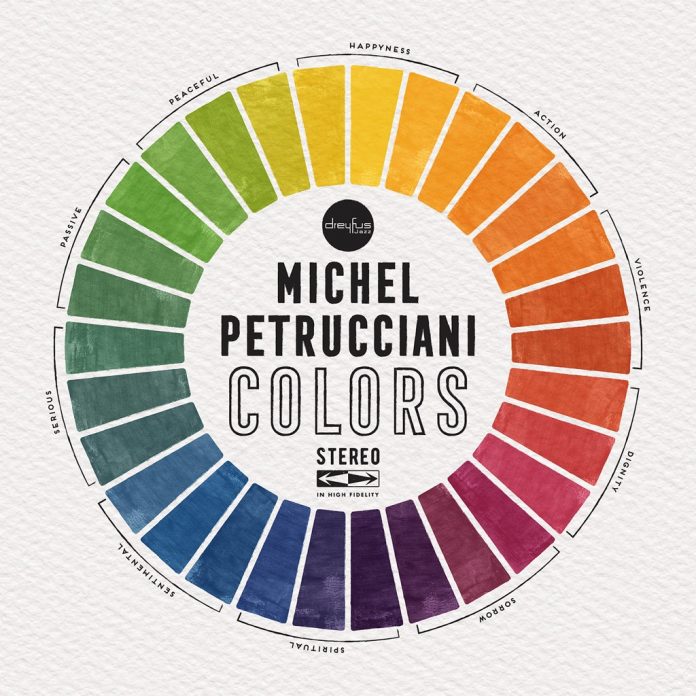 Some of Petrucciani’s best and personal favourites are included on this double-LP vinyl set. Recorded both in the studio and at live concerts he is featured in trio, solo and with a six-piece band. All of the music is cast in his familiar romantic, melodic style and it is to the credit of the regular rhythm section here that they give him relaxed, laidback support with Jackson’s bass purring along and Gadd’s drums barely rising above a whisper of brushes.

He begins with the title track in buoyant, optimistic style, his lines bouncing along and his touch at the keyboard quiet and lyrical. Looking Up is also a cheerful, bright selection and is credited with being the pianist’s favourite. Rachid is mostly solo piano, quiet and reflective to begin with but later joined by Loiuss on organ playing, for the most part a simple bass line but adding a short solo towards the end. The live recording of September Second is upbeat and Brazilian Like is a workout for the sextet with Brookmeyer prominent. Romantic But Not Blue describes the piece adequately enough, a solo piano exercise. It begins quietly but builds up to a lively conclusion.

Home and Love Letter on the second LP are also optimistic in style and performance and it is worth noting that Petrucianni never appeared to give in to despondency in spite of the physical limitations he lived with all his short life. So small in stature his legs were not long enough to reach the piano pedals, he had attachments fitted to his legs that enabled him to control the pedals. Virtually all the music on this collection is bright and breezy and on Little Piece In C For U he really cuts loose, showing that he could when he wanted to and engages in lively fours with drummer Steve Gadd. Some selections here have blues and gospel inflections so there is quite a bit of variety in the two discs.

Petrucciani was a much admired jazz pianist who left us far too soon and his talent and personality is well represented by this well recorded collection. Some of the selections feature different instrumentation to that listed on the inner sleeves but that is down to carelessness by the record company, Dreyfus. The sleeves also contain words of praise and admiration for the pianist from the drummers that often worked with him: Steve Gadd and Lennie White, Ahmad Jamal, Marcus Miller and saxophonist Charles Lloyd. There is one previously unissued track on offer: Montelimar. It is, overall, a very musical and fascinating double vinyl programme.